Rana launched the web series in Hyderabad with the cast and crew of the show. The actor talked about him being part of the new digital revolution and also the social media penetration of content across the globe.

After Saif Ali Khan and Vivek Oberoi, Rana Daggubati is starring in a web series too, you all are aware. After his digital debut on television with Yaari No 1 recently, Bhallal Dev of Baahubali is now all set to shock his fans with his digital serial debut Social. The show is a bilingual, can be consumed both in Hindi as well as Telugu. The series has Rana playing a Big Boss in the thriller starring Priya Banerjee, Navin Kasthuria. Rana plays CEO of a digital firm called Vikram Sampat who is actually the narrator of the story of a brother looking for his missing sister. Also Read - From Bell Bottom to Raazi: These 5 spy thrillers on OTT platforms will keep you hooked to the screens

Rana launched the web series in Hyderabad with the cast and crew of the show. The actor talked about him being part of the new digital revolution and also the social media penetration of content across the globe. Basking on the worldwide success of Baahubali, he says as an actor his job is to present a story and that's what he is doing in Social. He says digital world is an opportunity for actors like him to reach the audience directly. Also Read - Trending OTT News Today: Rana Daggubati's Haathi Mere Saathi locks its release date, fans call Neha Bhasin-Pratik Sehajpal's bond vulgar and more 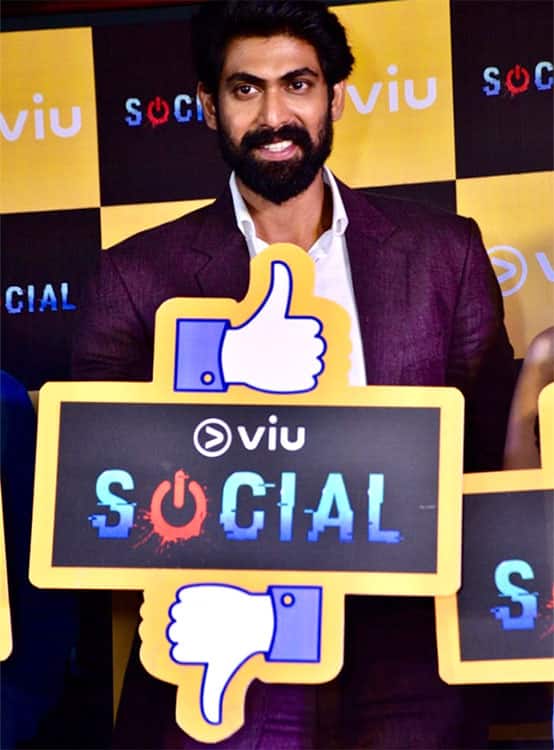 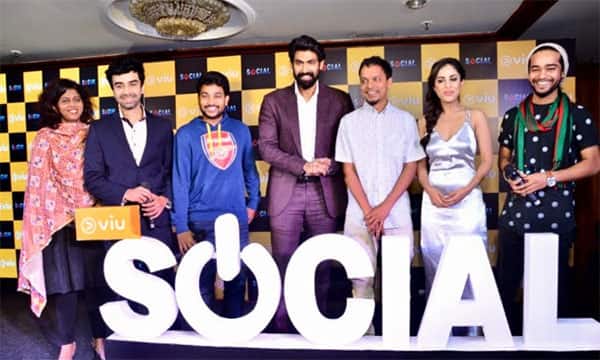 Rana also talked about his upcoming Bahubali web series. The show is based on the book Rise of Shivgami that is a prequel to Bahubali. Produced by Whacked Out Media and Guru Films, the much-awaited series Social released on September 8 on Viu Digital Platform.

The exciting series revolves around the story of a missing girl, wherein four individuals, including her brother (Naveen Kasturia) set out to find the mystery behind her disappearance and get her back home. Actress Priya Banerjee last seen in Vikram Bhatt series Rain, plays a glamorous role in the thriller. She says, "Digital is the way forward especially when our target viewers are accessing news and entertainment on the go. So it is exciting to make my debut on the platform with Viu and a fascinating script like Social that brings together experimental content portraying the many aspects of social media. I am playing an aspiring actress who knows what she wants in life and has what one needs to make it into the limelight.”