Here's what Rana Daggubati had to say to Bollywoodlife about the mixed review to the Baahubali 2 posters.

Bahaubali 2 is one of the most awaited movies of 2017. Even in a poll conducted by Bollywoodlife unsurprisingly, Baahubali 2 won it by a huge margin to become of the most anticipated films of 2017. Considering the kind of impact Part 1 had on the audience, the expectations for the second part had skyrocketed. Everyone was waiting for unimaginable visuals to unfold on screen. They were waiting to be blown away all over again. That's why when the much awaited first look of Baahubali 2 was released at MAMI, it was a huge disappointment. It just didn't live upto what people were expecting. Subsequently Rana Daggubati's character poster did not create a buzz either. Both of them received mixed reviews. When the third poster featuring Anushka and Prabhas was released, fans were blow away but soon after, certain glaring errors in the poster put them off. So when Bollywoodlife EXCLUSIVELY got a chance to meet up with Rana Daggubati aka Bhallaladeva we asked him his take on the mixed reviews to the Baahubali 2 posters - "That's because A) It's a world that you have seen so you will never be satisfied. We know this war, The same guy is coming. it's not somebody else. Two of them were character posters but the third one was received extremely well - people were comparing it to Ram- Sita from Ramayan. It's a different take, It's the same world. You guys have seen these things before but you are just seeing older and cooler things. You have to wait for the trailer now to see the real stuff." Also Read - From Raj Kapoor's Awara crossing Rs. 1 crore to Baahubali 2 crossing Rs. 1000 crore – here's every MILESTONE of Indian cinema at the box office 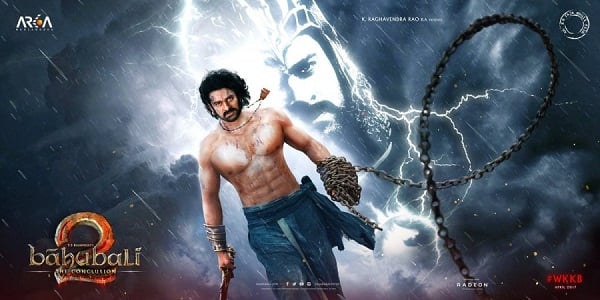 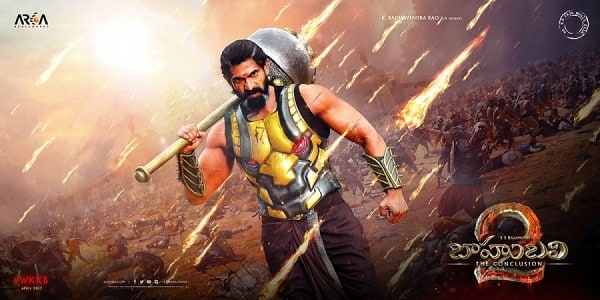 Also Read - From Baahubali 2 to Vedam: 5 highest-rated films of Anushka Shetty, which showed her acting prowess

Before the magnum opus Baahubali 2 releases on April 28th, 2017, we will be seeing Rana Daggubati in a completely different avatar. He will be playing a Naval officer - Arjun Varma, Lt.Commander, S21 in Sankalp Reddy's movie - the Ghazi Attack. The movie also stars Taapsee Pannu, Atul Kulkarni and Kay Kay Menon. The film is based on the mysterious sinking of PNS Ghazi that had set out to destroy the aircraft carrier INS Vikrant. It's a true story that took place around the 1971 Indo-Pak war. Recently, officers from 1971 opened up about The Ghazi Attack and revealed how, PNS Ghazi was intent on destroying the one and only Indian aircraft carrier - INS Vikrant. One of the officers mentioned the entire mission was shrouded in secrecy. The movie is all set to release on February 17. Are you ready to discover the war you did not know about? Also Read - OMG! Prabhas' Adipurush BEATS Baahubali 2 to achieve THIS huge feat