Ranbir Kapoor and Katrina Kaif avoided each other at the Udta Punjab screening - view HQ images!

Be it on the sets of their upcoming film - Jagga Jasoos or Karan Johar's party in London, Katrina Kaif and Ranbir Kapoor have not seen eye-to-eye from a long time. And yesterday again, they avoided each other at Udta Punjab's special screening.. 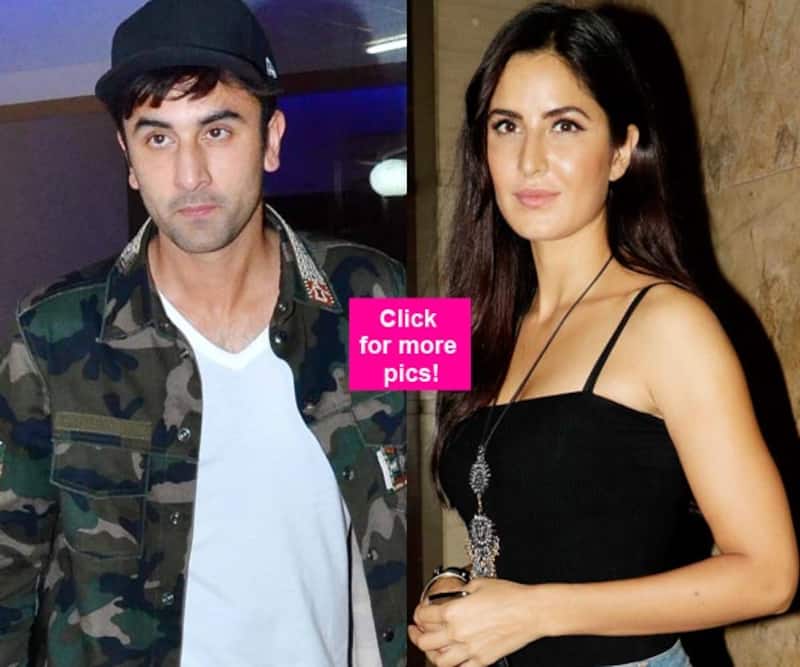 You won't believe till what extent the ex-couple is going to stay away from each other...

Ranbir Kapoor and Katrina Kaif were the cute couple of Bollywood who were perfect for each other. However, they parted ways this year over incorrigible differences. Since then, reports came out that Kat was trying very hard to patch up with the actor but RK told her to moved on. Post that, the ex couple have been avoiding each other everywhere. Be it on the sets of their upcoming film - Jagga Jasoos or Karan Johar's party in London (we exclusively revealed to you that Kat didn't come for the party coz RK was present at the venue), they have not seen eye-to-eye from a long time. Also Read - Shah Rukh Khan, Akshay Kumar, Kareena Kapoor Khan and more Bollywood celebs who believe in crazy superstitions

And yesterday again, they avoided each other at Udta Punjab's special screening. Pictures of them attending the Udta Punjab screening have hit the internet and people are happy to see them at the screening. But little did anyone know that they avoided each other. How? Simply by seeing the film at different venues. Yes, Kat and Ranbir saw the film at different venues just to avoid each other. While Kat saw the film at Lightbox with Shah Rukh Khan, Alia Bhatt and Shahid Kapoor; Ranbir Kapoor decided to head to Sunny Super Sound with Diljit Dosanjh, Preity Zinta, Arshad Warsi and a few others. Also Read - Alia Bhatt's maternity wear line, Katrina Kaif's beauty brand: B-town actresses who are also business women

It was really shocking to know that RK wasn't at the A-listers screening just coz of Kat. But maybe he needs his space and maybe Kat too. Check out their pictures in the gallery above and tell us what you have to think about this development in the comments section below! Also see how Katrina gave Ranbir a royal ignore at a recent event in the video below: Also Read - Ranbir Kapoor, Ayan Mukerji, Mouni Roy; the Brahmastra trio visit the Durga puja pandal wearing their traditional best [Watch Video]