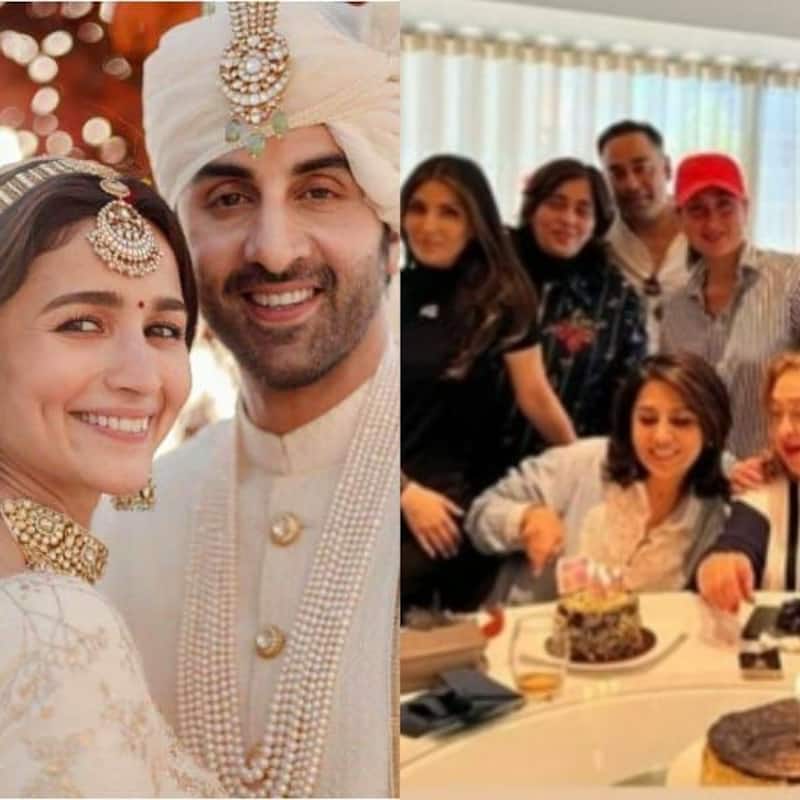 Riddhima shared a picture on her Instagram stories and the mother-daughter duo looked adorable together. In the picture, Riddhima was seen hugging Neetu from behind. A beautiful cake was placed on the table and Riddhima captioned it, 'Major missing'. She even shared a picture with her cousins Karisma Kapoor, Kareena Kapoor, and Natasha Nanda. She captioned the pictures as, “Sisters.” In another group picture, the four sisters were seen posing with Neetu Kapoor. She captioned it, “Fam,” adding a red heart emoji. Also Read - Alia Bhatt's maternity wear line, Katrina Kaif's beauty brand: B-town actresses who are also business women

On the work front, Alia is currently filming in London for her Hollywood debut Heart of Stone. Alia and Ranbir are expecting their first child. Alia wrapped up filming for Heart of Stone and will soon be heading back home. Meanwhile, Ranbir is busy promoting Shamshera along with Vaani Kapoor. The film is scheduled to release in theatres on July 22. Also Read - Ranbir Kapoor, Ayan Mukerji, Mouni Roy; the Brahmastra trio visit the Durga puja pandal wearing their traditional best [Watch Video]