Ranbir Kapoor calls Deepika Padukone a 'veteran' over her career graph; says, 'Because I know Deepika so closely, I was so impressed'

Ranbir Kapoor called Deepika Padukone a veteran as he was surprised to see how the latter has grown as an actor over the years. He talked about a scene in Agar Tum Sath Ho song from Tamasha, which he feels was championed by Deepika's performance. 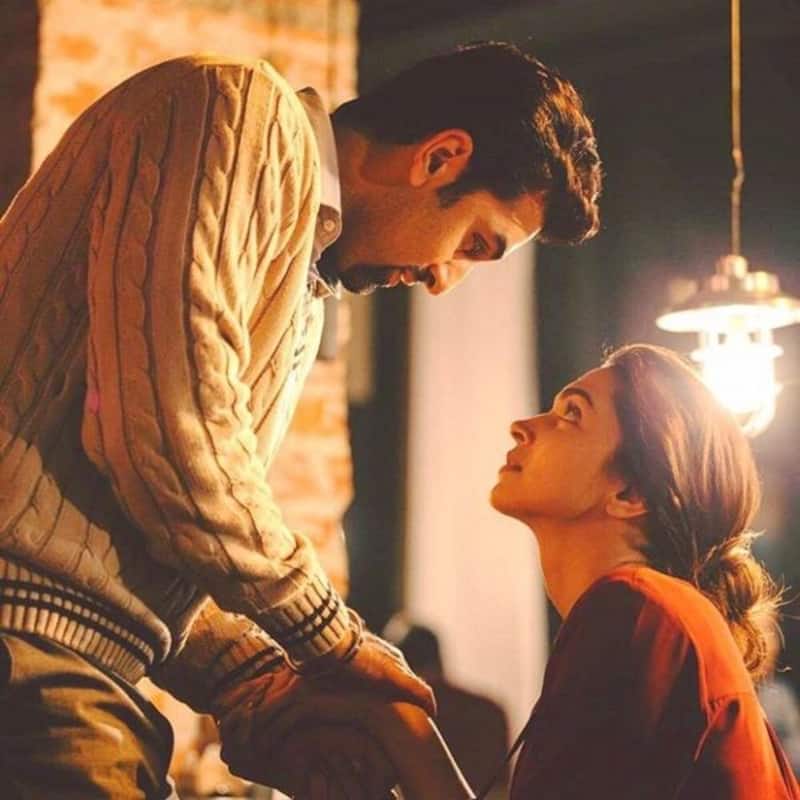 Ranbir Kapoor and Deepika Padukone had grabbed eyeballs for their closeness with each other. They met on the sets of Bachna Ae Haseeno and dated from 2008-09. While Deepika made her big Bollywood debut opposite Shah Rukh Khan in Om Shanti Om (2007), Ranbir set his foot in the industry alongside Sonam Kapoor in Sanjay Leela Bhansali's Saawariya (2007). While talking about how they started their careers and where they have reached, Ranbir called Deepika a veteran as he was surprised to see how the latter has grown as an actor over the years. Also Read - Worst dressed celebs of the week: Vijay Deverakonda, Anjali Arora, Tamannaah and other stars whose fashion outings flopped

During his interview with Brut India, Ranbir talked about a scene from Tamasha where Deepika tries to stop him from leaving featured in Agar Tum Sath Ho song. "(It) was championed by Deepika’s performance. There are certain scenes that tilt towards an actor’s character, and the scene really had my character arch because he was churning, he was going through something. But I think the way Deepika performed it, what Deepika brought to the table, she made it come alive because you really felt pain. And because of that it was such a reactive scene. What I was doing, she was reacting, what she was doing, I was reacting,” he said. Also Read - After 'Boycott Pathaan' trends; Shah Rukh Khan fans support the superstar in BIG way; start trending 'Pathaan First Day First Show' [View Tweets]

He further added, "I’ve always had such a good time working with Deepika because we started off together. She’s grown so much as an actor, we did our second film together, called Bachna Ae Haseeno. And I worked with her again on Yeh Jawani hai Deewani. I don’t think I have ever been so surprised by an actor’s growth. Because I know Deepika so closely, I was so impressed. By the time we reached Tamasha, she was a veteran, you know, and she was surprising me with each shot, and everything she was doing.” Also Read - Laal Singh Chaddha vs Raksha Bandhan box office collection: Aamir Khan and Akshay Kumar starrers must beat THESE 2022 releases to avoid being the worst flops

On the work front, Ranbir also has Brahmastra with his wife Alia Bhatt and Sandeep Reddy Vanga's upcoming Bollywood biggie Animal opposite Rashmika Mandanna. Deepika, on the other hand, Pathaan with Shah Rukh Khan and John Abraham, Project K with Prabhas and Amitabh Bachchan and she will also appear in a cameo in Ranveer Singh starrer Cirkus.