Ranbir Kapoor and Katrina Kaif have yet again stated publicly that they are in no mood to patch up!

Ran-Kat fans will surely be disappointed with these pics

Ranbir Kapoor and Katrina Kaif have wrapped up their much delayed film Jagga Jasoos's Morocco shoot and are back home, albeit in different flights. Katrina returned first and Ranbir's flight was hours later to hers. Dressed in a black top and tights, the Jagga Jasoos babe made a dazzling entry in Mumbai last night. She carried a big blue bag and wore shades. She looked a bit sleep deprived to us. Also Read - Ranbir Kapoor’s still from his new commercial for one of the leading OTT platforms has got fans excited – view pics

Even while going to Morocco the estranged couple chose to take different flights with a safe four hour gap from each other. Looks like they do not want to even maintain a cordial relationship with each other post break up. All the pictures and videos that we got to see from their Morocco shoot showed that they were visibly uncomfortable around each other. Their dance number too lacked chemistry. That's really sad considering that they are one of the most loved onscreen jodis in Bollywood. Also Read - Anurag Basu on letting Govinda go from Jagga Jasoos: I couldn't have taken that stress 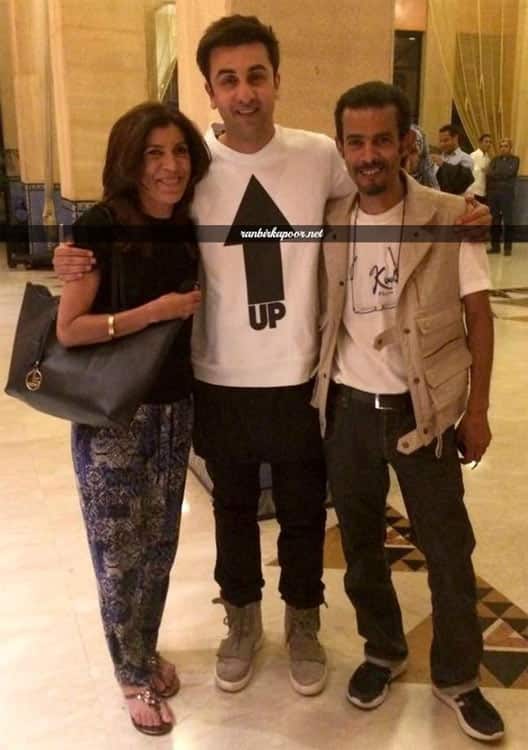 While Kat was on flight, Ranbir caught up with the director and crew after wrapping up shoot. Here are the pictures of them chilling before the Kapoor scion boarded the flight. Katrina was conspicuously absent from the get together that took place in Morocco after the film wrapped up.