The ex-lovers re-united for an event

This is definitely a treat for the fans of Deepika Padukone and Ranbir Kapoor. The ex-lovers re-united at an event and mind you, it was not just a brief encounter. They shared the stage and that was not all. The two also shook a leg on the title track of Ranbir's last film, Ae Dil Hai Muskhil and on Balam Pichkari from their film, Yeh Jawaani Hai Deewani. The pictures and videos from the event have made their way to social media and we can't help but watch them again and again. Needless to say, people who were present at the event went all bonkers when Ranbir and Deepika danced together, which is very clear from all the hooting that we can hear in the videos. While Deepika looked gorgeous as always in an ochre yellow top and flared light blue denim, Ranbir was his charming self in a black suit. Also Read - Kareena Kapoor Khan, Alia Bhatt, Deepika Padukone and other Bollywood divas who made eyes pop with their OOPS moments

Check out all the pictures and videos of Ranbir and Deepika from the event right here: Also Read - Aryan Khan's arrest affects Shah Rukh Khan's Pathan and Salman Khan's Tiger 3? Here's what we know

[Video] Ranbir Kapoor and Deepika Padukone on stage shaking a leg on #Matargashti at #GalaxyOfStars event by Asian Paints. pic.twitter.com/YzsTqKPj9K

[Video] Ranbir Kapoor and Deepika Padukone on stage shaking a leg to #BalamPichkari at #GalaxyOfStars event by Asian Paints. pic.twitter.com/m96E4gqKTT

The event was hosted by Karan Johar and Riteish Deshmukh, so obviously, there would have been a lot of funny jokes. In one of the videos, we see Karan and Ranbir dancing to Channa Mereya: ALSO READ: Ex lovers Ranbir Kapoor and Deepika Padukone reunite for this MEGA project! Also Read - Deepika Padukone, Sonam Kapoor, Anurag Kashyap, Neena Gupta and 5 other Bollywood celebs who revealed the horrors of being sexually molested as kids 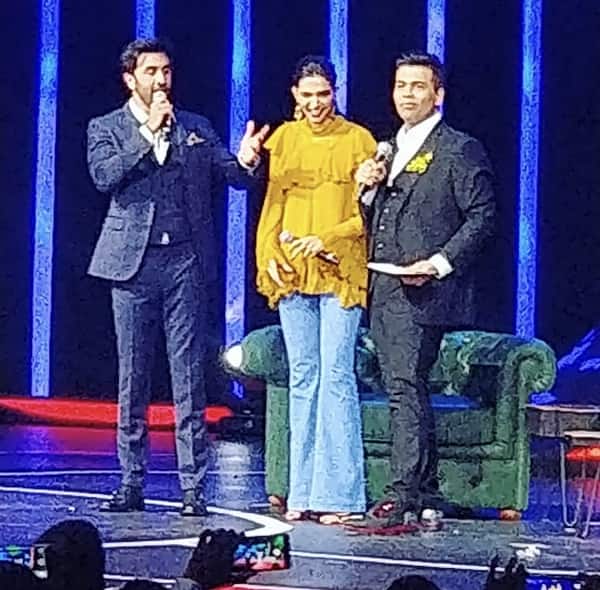 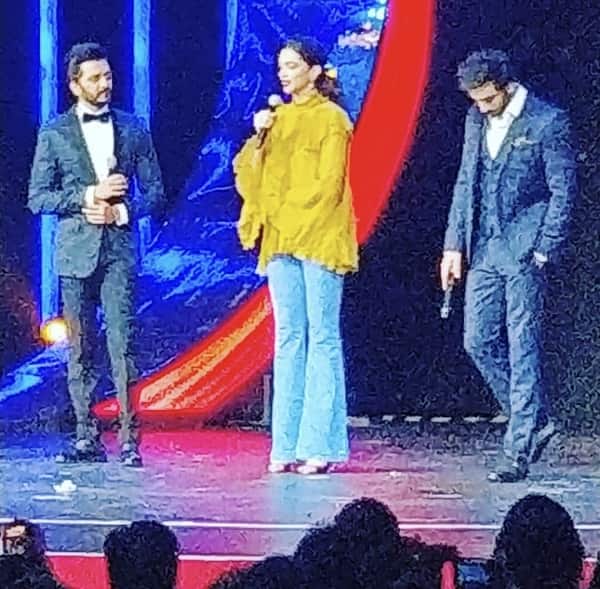 And here is Deepika teaching Ranbir and other people to do Lungi Dance:

Even after their much public break-up, Ranbir and Deepika went on to work together in Ayan Mukerji's Yeh Jawaani Hai Deewani and Imtiaz Ali's Tamasha, which proved that they have remained quite close. In an interview to Hindustan Times while promoting Tamasha, the actors were asked about the 'unnatural' nature of their current relationship. On that, Deepika said, "It's not unnatural. We've not consciously developed what we have between us. It is what it is. I understand that people may find it weird; how we have an equation like this in spite of our past. But there's no formula to it. Nobody has told us how it should be. We're fortunate to have the equation that we do, and I think we are mature enough to understand that, for us, our work is our priority."

While they might not be doing a film together, but the good thing is that they came together for this event and gave their fans what they wanted from so long. They will come together yet again this month as they will walk the ramp together at Manish Malhotra's upcoming Mijwan fashion show.