Ranbir Kapoor has Tu Jhoothi Main Makkaar with Shraddha Kapoor and Animal with Rashmika Mandanna in the pipeline. Producer Bhushan Kumar has revealed the deets about both movies. Check them out below: 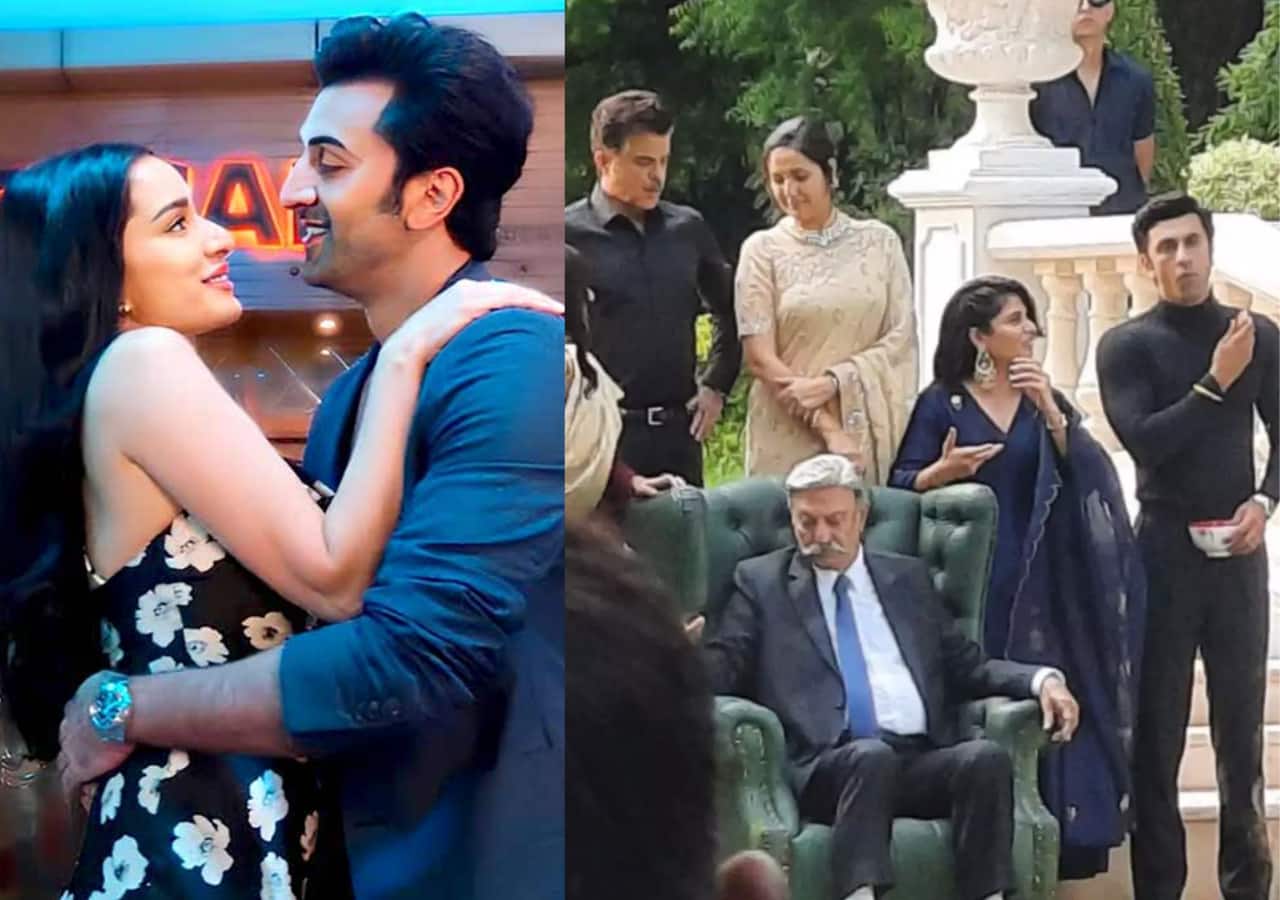 Ranbir Kapoor is busy being a doting father to daughter Raha Kapoor alongside mom Alia Bhatt. The duo are often spotted out and about with their little one who is now over two months old. Ranbir Kapoor is also seen in the maximum city for work. Be it for dubbing of his films or visiting offices of the production company and more, Ranbir is a hot topic. He has Tu Jhoothi Main Makkaar in the pipeline line alongside Animal. And now, one of the producers of the films, Bhushan Kumar has revealed the plot details of both the Ranbir Kapoor starrer movies. They are both family entertainers. Check out more details of the movies below: Also Read - It's Awkward! Malaika Arora, Shahid Kapoor, Vijay Deverakonda and more celebs' candid pics will make you go ROFL

It was last year in December that Luv Ranjan finally released the teaser and the title of his movie with Ranbir Kapoor and Shraddha Kapoor. It is titled Tu Jhoothi Main Makkaar. It is said to be a rom-com and the pairing got a tremendous response already and was trending big time in Entertainment News. Recently in a chat with Pinkvilla, Bhushan Kumar shared that nowadays people are preferring family entertainers by which he means movies with subjects that appeal to families. Tu Jhoothi Main Makkaar is one such film. It will appeal to the youth and also family values. He said that the music is very strong. Bhushan Kumar says that Tu Jhoothi Main Makkaar is a film for every age group. Also Read - Trending Entertainment News Today: First glimpses of Ranbir Kapoor-Alia Bhatt's daughter Raha, real reason behind Sajid Khan's Bigg Boss 16 exit and more

Check out the title announcement video of TJMM here:

Another highly anticipated movie starring Ranbir Kapoor is Animal. It is directed by Sandeep Reddy Vanga of Arjun Reddy and Kabir Singh fame. Ranbir's looks from the film were leaked online and went viral soon enough. It has created intrigue amongst the fans. Animal is a gangster drama says the report but also has strong familial emotions. Bhushan Kumar says that Animal is a movie about the relationship between a father and son. While Ranbir is the son, Anil Kapoor will step in as his father in the movie. Their relationship dynamics is never seen before. The plot of Animal revolves around what all a son does for his father. It has action, romance, revenge, drama, thrill and also good music. Bhushan Kumar exclaims that Animal will be a big pan-India film that'll release in all languages. Also Read - Ajay Devgn in Raid 2 to Akshay Kumar in Bade Miyan Chote Miyan, Bollywood stars gearing up for box office dhamaka

So, Tu Jhoothi Main Makkaar or Animal, which has excited you the most? Tweet to us @bollywood_life and let us know...