Of late Ranbir Kapoor was picked by netizens for not being protective hubby and many claimed he doesn't even love Alia Batt, but this video is an answer to them. 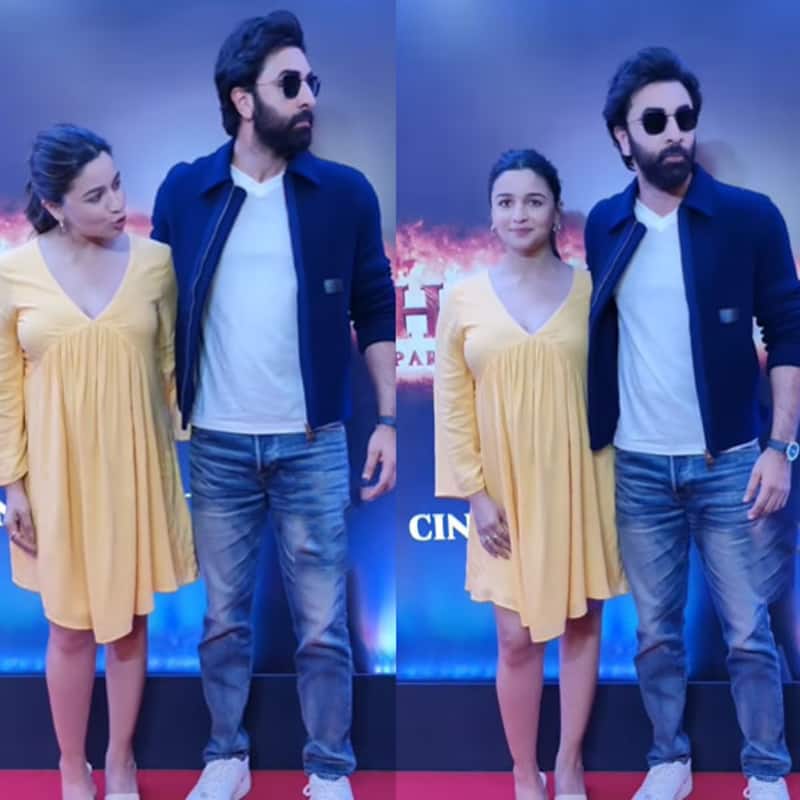 Ranbir Kapoor was massively trolled several times for not being a protective husband to wife pregnant wife Alia Bhatt and there were de instances that were captured on cameras. But hold on, that's never been the truth. The star is madly in love with his wife. The couple got married after being in a relationship for five long years and today they are expecting their first child. While they eagerly wait for the arrival of the newborn, they are promoting their first baby together Brahmastra. In the video, you can see Alia and Ranbir promoting their film after weeks of release. Well, the couple watched the film together with the students and took their honest reactions. Also Read - Ranbir Kapoor-Alia Bhatt to Sidharth Malhotra-Kiara Advani: Karan Johar played cupid for these Bollywood celebs


While they were all set to wind up their day, Alia was seen walking down off the stage in a bit rush to which Ranbir Kapoor held her shoulders and asked her to be careful, later both husband and wife walked down together and the Ralia fans are swooning over their chemistry. Well, Ranbir and Alia are one unusual couple, and they never tend to do PDA, however sometimes they turn cute, and we cannot get enough off them. Also Read - Sushant Singh Rajput-Ankita Lokhande, Ranbir Kapoor-Alia Bhatt and more Bollywood couples who were in live-in relationship [View Pics]

Alia's baby shower will be reportedly hosted by her mother Neetu Kapoor and mom Soni Razdon, which will be only ladies special. As Alia will enter her eight-month they will host the baby shower mostly in October. Alia is expected to deliver in December and the Kapoor and Bhatt families are eagerly waiting for for the special day. While Ranbir who is elated to be a father cannot wait to hold his little one in his arms. Meanwhile, Alia is the most pampered member in the family and has been enjoying all the lovely pregnancy tips and yummy food from the family. Also Read - Ranbir Kapoor-Alia Bhatt to Arjun Kapoor-Malaika Arora: Times when Bollywood couples got trolled for their behaviour in public