Ranbir Kapoor’s latest selfie with a fan in NY drops a massive hint about his Brahmastra look?

Ranbir Kapoor and Alia Bhatt cut short the Varanasi schedule of Brahmastra, as the leading lady was down with a stomach bug.

Ranbir Kapoor and Alia Bhatt are busy strolling the streets of New York as they jetted off on a quick vacation to be with veteran actor Rishi Kapoor. The starry couple has been entertaining fans and are comfortably posing for selfies and group pictures with enthusiastic admirers. And the latest picture doing the rounds on internet drops a massive hint about Ranbir’s look from his next film, sci-fi drama Brahmastra. Posing for a selfie with a fan, we spotted Ranbir Kapoor sporting a bali in his left ear. Check out the click below: Also Read - Trending Entertainment News Today: Raj Kundra breaks down as he returns home from jail; Malaika Arora BRUTALLY trolled for walking in a weird manner

Interestingly, Ranbir had been sporting the ear accessory when he returned from the Varanasi schedule of Brahmastra and also when he headed to US. The Ayan Mukerji directorial was apparently cut short as Alia Bhatt was down with a stomach bug. "Alia continued to work but Ayan decided to call off the shoot. The team will now return to the city in November for the song," a source had informed Mumbai Mirror. Brahmastra is a mythological action adventure and we are guessing that Ranbir has his ear pierced for his superhero character. Earlier, Aamir Khan had undergone several painful piercings for Thugs of Hindostan. Also Read - Kangana Ranaut labels Alia Bhatt's new ad replacing 'kanyadaan' to 'kanyamaan' as 'anti-Hindu propaganda' 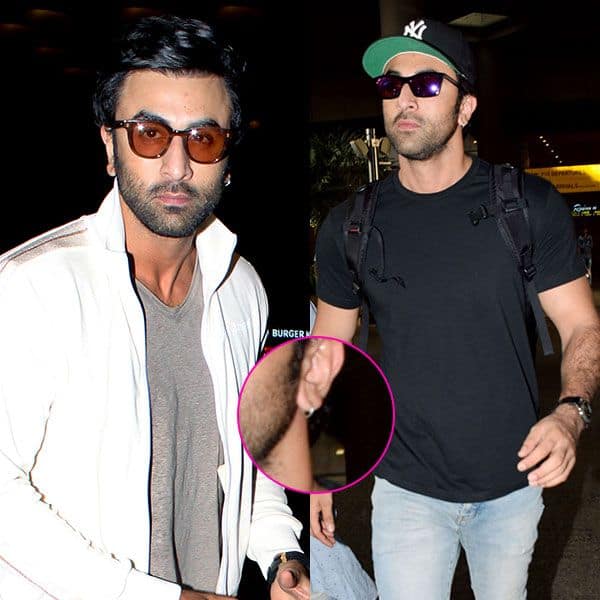 Earlier, Ranbir and Alia were snapped with Abhishek, Aishwarya Rai Bachchan and their daughter Aaradhya as they visited Rishi Kapoor, who is undergoing treatment for cancer in US. Capturing the beautiful moments, Neetu Kapoor shared clicks from the get-together on Instagram. Also Read - Bollywood’s most gorgeous yoginis who swear by the goodness of yoga

Your family is your whole world ❤️ so so many LOVES in these beautiful moments ???

Rishi Kapoor has been stationed in New York since September 2018 and wife Neetu Singh has been by his side throughout. From Shah Rukh Khan to Karan Johar and Deepika Padukone to Vicky Kaushal, several Bollywood stars have visited the veteran actor.