Randeep looks touchy and irritated when asked if Aishwarya Rai Bachchan will overshadow him in Sarabjit! Take a look and you will agree with us. 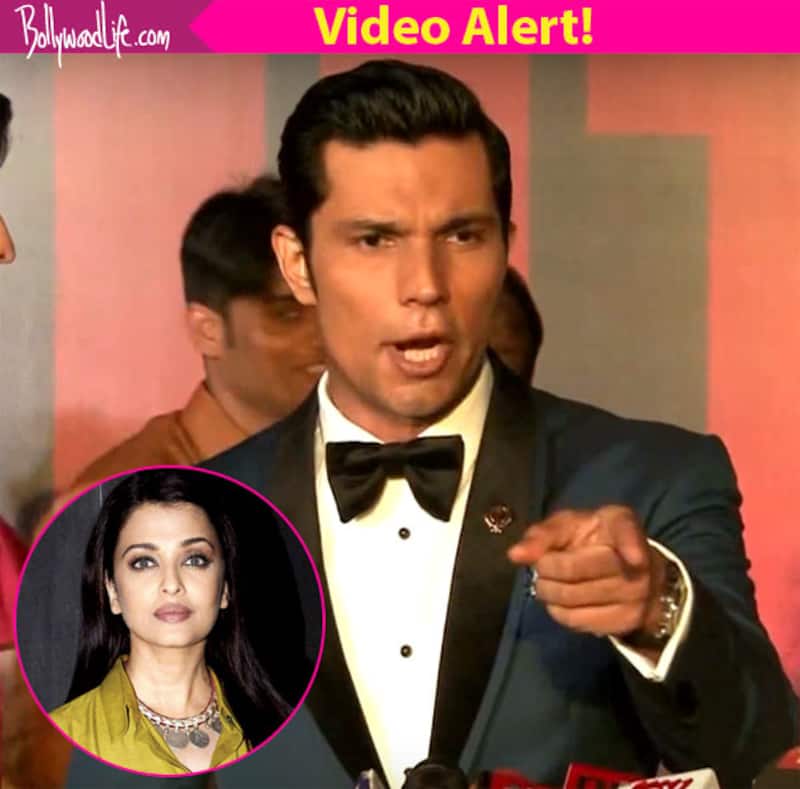 Ouch! Randeep gets all touchy here!

Randeep Hooda and Aishwarya Rai Bachchan are all set to impress with Sarabjit tomorrow. The biopic, based on the real life personality Sarabjit Singh, looks gritty and impressive. Randeep plays the titular role in the movie and has gone for amazing transformation for the same. He has gone an extra mile to look like lifeless haggard prisoner in the movie and went on to lose 28 kilograms in mere 18 days. Also Read - Hrithik Roshan's Koi Mil Gaya turns 19: Aishwarya Rai Bachchan being the first choice, Kaisa Jaadu Kiya being the original title and more insane trivia

Though Randeep is the key character here, the movie is told through the eyes of his sister Dalbir Kaur played by Ash. Though it is his role, the movie seems to be marketed on Aishwarya's shoulders and it even got a Cannes premiere thanks to her. Well, though this is a good publicity for the film, it looks as if Randeep is getting a bit touchy about all this. Also Read - Deepika Padukone, Kareena Kapoor Khan and more: WhatsApp chats of top Bollywood stars got leaked and stirred up a storm

Yesterday, a grand premier for the movie was held for the movie in the city and Randeep was asked if he feels overshadowed by Ash. Randeep ignored the question but that's not all. The journo needled him some more and then he burst out! Well he said Shut Up! The journo kept on asking him and then he said that since he did not want to answer that question he ignored it but got irrated coz the same question was repeated. The journo got a bit miffed and said that he could have just retorted with a 'no comments' instead to which an aggravated Randeep said, "No comments, happy now bro?" Also Read - Aishwarya Rai Bachchan-Sachin Tendulkar to Tiger Shroff-Prateik Babbar: UNKNOWN friendships in Bollywood you never heard of

Boy, Randeep seemed to be treading on very thin ice there.