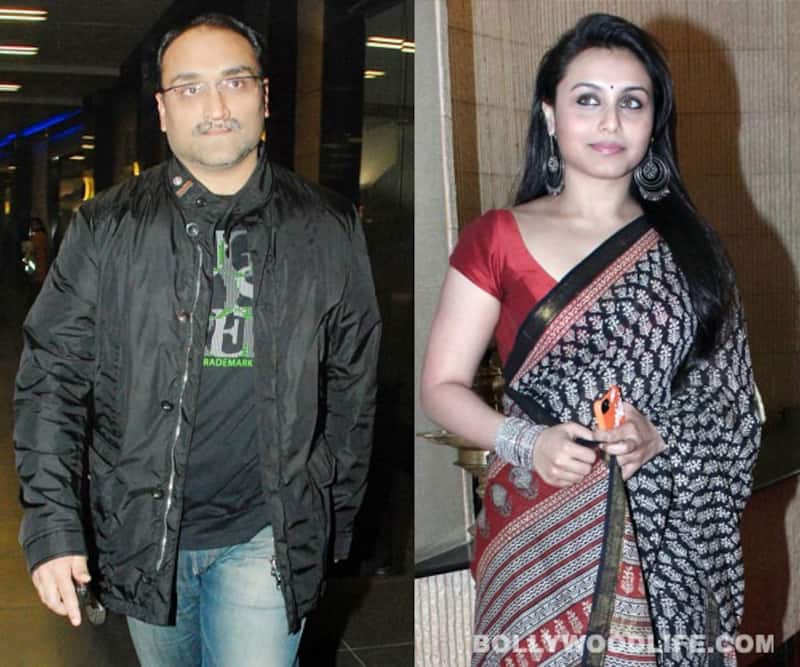 Oh no, not again! We have been hearing stories about the actor marrying the filmmaker for years now. But will Rani and Adi get hitched any time soon?

So we heard some years ago that Rani Mukerji and Aditya Chopra were romantically involved and would be married soon. But ‘soon’ came and went many times over and it still has not happened, not as far as the general public is concerned, that is. Yes, at an event last year, soon after Yash Chopra’s passing away, Shatrughan Sinha very tactfully let the rather irate billi out of the bori and called Ms M, Rani Chopra, implying that Adi and his Bong babe had already taken the saat pheras. And after that there was a bit of a hoo-ha and waves of gossip were followed up with one heated denial and then deathly silence. And, as is the norm in B-town, this bit of gupshup soon gave way to something else. Also Read - Trending Entertainment News Today: Jacqueline Fernandez named as accused in conman Sukesh Chandrasekhar case; Disha Patani's cryptic post amid breakup and more

But now there seems to be more heft to the story. We hear that Pamela Chopra is busy consulting pundits to find a suitable shaadi date in January next year, since it will be over a year after Yashji’s death, which is a more appropriate time than now. Rani and Aditya will be hitched with all the bells and whistles, with everyone in the biz being present – all the Khans too, since Rani has always maintained friendships with Shahrukh Khan, Salman Khan and Aamir Khan. The rest of the fraternity cannot, of course, risk upsetting the Chopra family and their power in Bollywood. The story of course goes that Rani has no substantial work on hand and once she is done with YRF’s Mardaani, directed by Pradeep Sarkar, she will retire from acting and help husband-to-be run the production house once she had married him. And once that happens, it clears the way for Adi’s brother Uday Chopra to marry his reportedly lady love Nargis Fakhri. Right. Also Read - From Aamir Khan's PK to Salman Khan's Sultan: 10 Bollywood movies that took Pakistan box office by storm

How true all this remains to be seen. For now, we are taking the whole thing with a massive heaping of salt. And when we know it is actually happening, we will tell you, for sure! Also Read - Anjali Arora leaked MMS: The Lock Upp actress has a mind blowing reply for those who feel it's her