Check out pics of Rani Mukerji along with her baby girl Adira at the airport.

For the longest time, Rani Mukerji and Aditya Chopra kept the identity of their baby girl Adira a secret from the world. Heck, they even ensured that media doesn't get a hint of every time Adira stepped out with anyone. Yeah, that's the amount of security put in place for her. However, the parents are now more open about letting the paparazzi click pics of Adira. We got our hands on these pics of Rani from the airport, where she was accompanied by her baby girl. Our cameramen tell us that apparently the diva asked them not to click pictures using flash. Clearly, the motive behind has got to do with the safety of Adira. Now that's very thoughtful of Rani to do, don't you think? She held a constant smile as she greeted the shutterbugs on her way to the airport. Also Read - Realty stars! Disha Patani and Rani Mukerji all set to become neighbours; buy properties worth a whopping amount — read deets

While Rani donned a cute doodled grey jumper along with red pants, Adira was draped in pink. Held by a nanny, she was escorted inside the airport, in a lovely pink ensemble. The momma-daughter duo certainly looked adorable in each other's company. Well, our paps did warn us about the quality of the pics but irrespective, the fact that Rani and Adira are together makes us go aww. It's not very often that we get to spot Adira. She is one celeb kid who has been protected from the eyes of Bollywood buffs for too long. Anyway, scroll away and check out the pics. Also Read - Deepika Padukone, Anushka Sharma and more Bollywood actresses who are Daddys Darlings; refused to change surnames post marriage 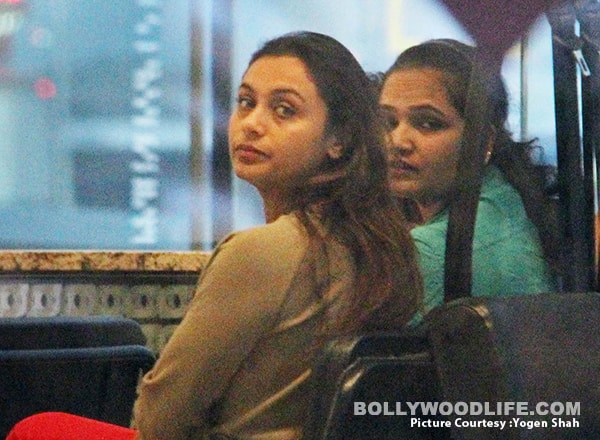 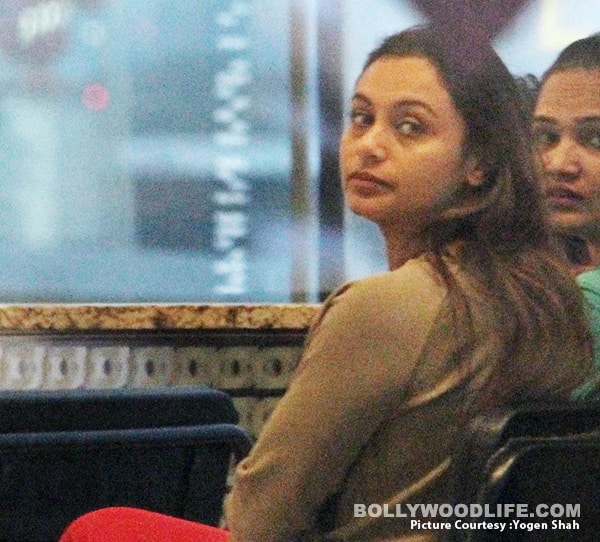 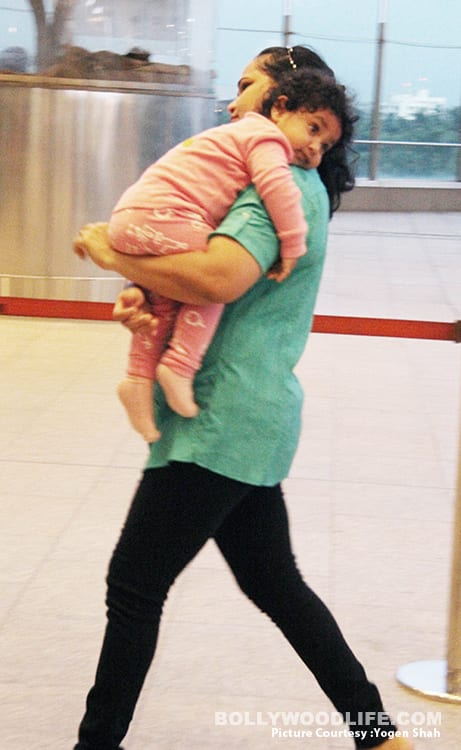 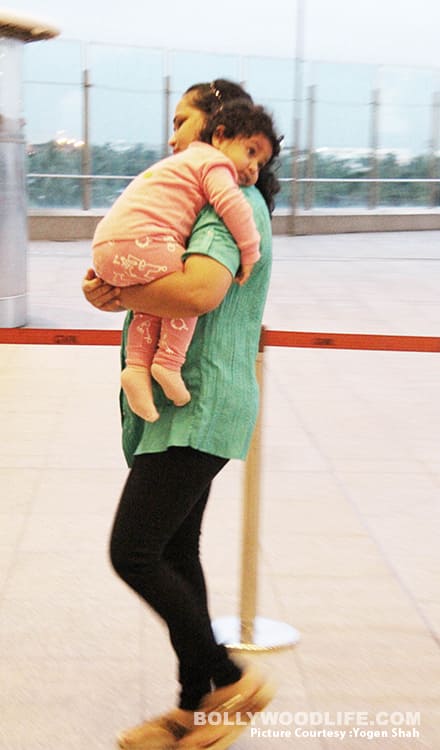 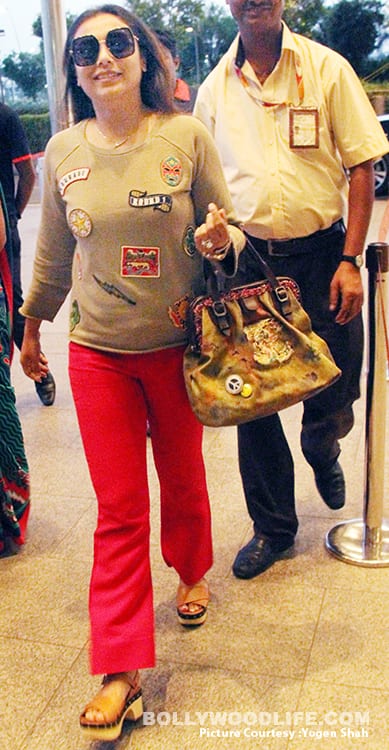 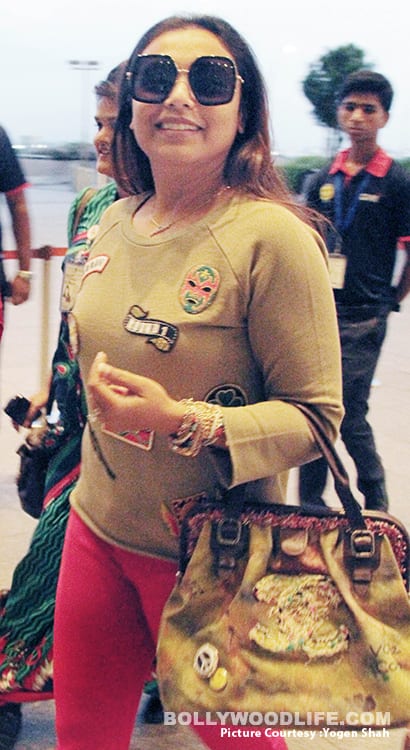 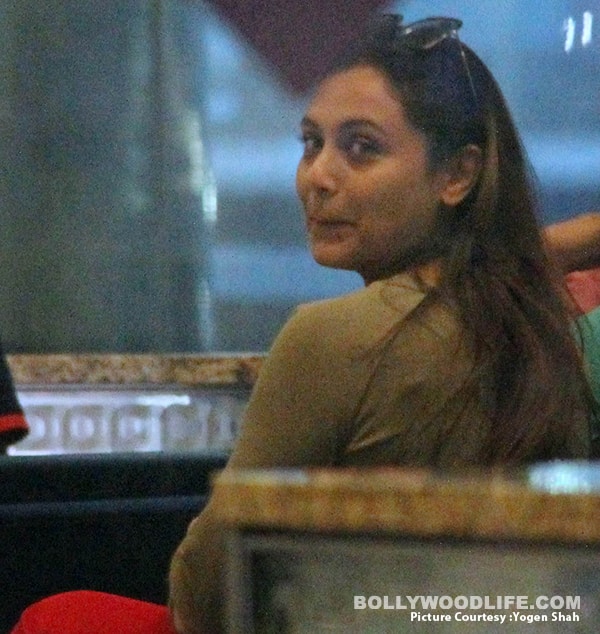 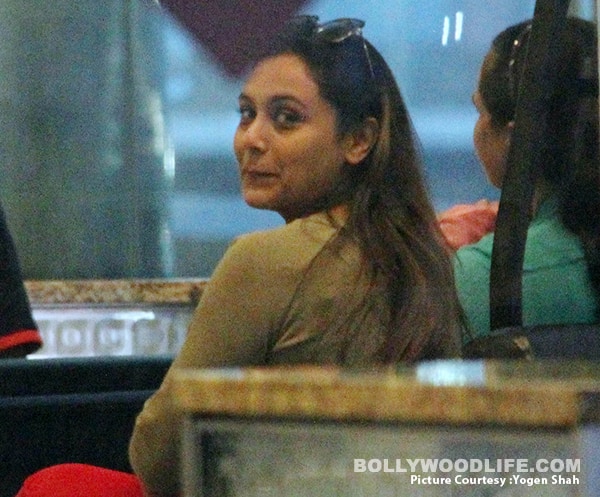 In a report by DNA, Vaani Kapoor was quoted as saying that Adira doesn't get along with the Befikre actress. Oh but that's not all, the actress quotes that the little girlie isn't very comfortable around people. “Adira is a darling. She is a cutie pie. But she cries when she sees me. I have understood that Adira is not very comfortable with people or going to a lot of them around her. I have gauged that it’s not just my effect but it’s everybody," said Vaani. We barely know anything about Adira so this detail about what she is like does make us wonder what Adira is like around her parents Adi and Rani. Aren't you curious? Tell us in the comments box below.