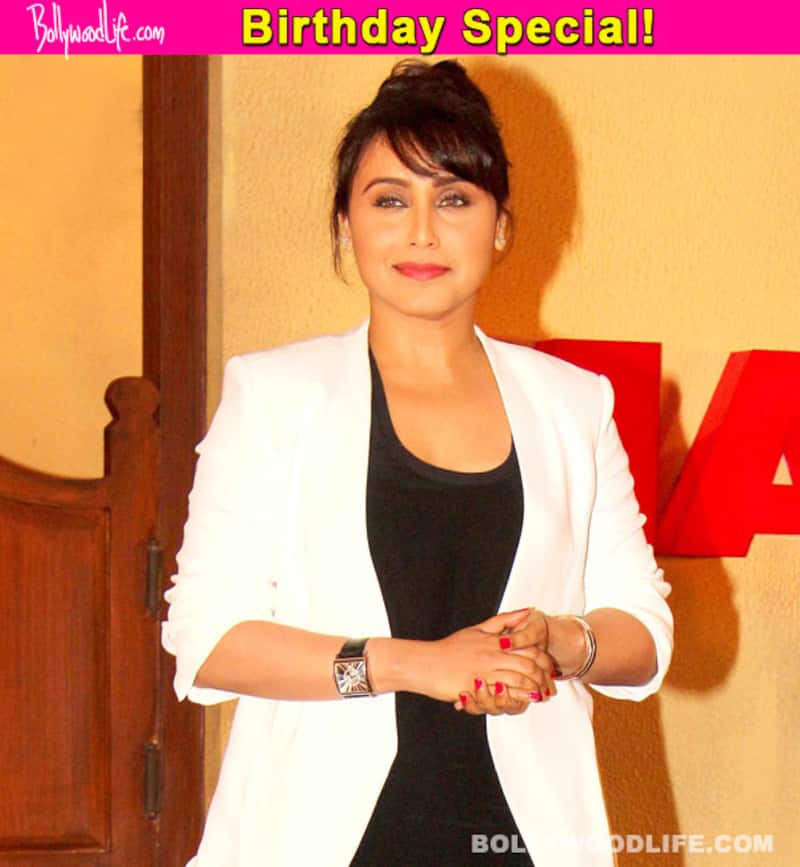 From playing a blind-deaf girl in Sanjay Leela Bhansali’s Black to essaying the role of a bindass journalist in No One Killed Jessica, Ms Mukerji charmed the audience with her acting prowess and experimental roles. While Aditya’s alleged ladylove made a not-so-great Bollywood debut with Raja Ki Ayegi Baraat in 1997, in the following year she proved her mettle as an actor in Karan Johar’s Kuch Kuch Hota Hai. In 2002, she starred in Saathiya opposite Vivek Oberoi and the film became a blockbuster. And then this talented actor delivered hits after hits like Chalte Chalte, Hum Tum, Veer Zara, Black, Bunty Aur Babli and Kabhi Alvida Naa Kehna. Also Read - Kartik Aaryan, Aishwarya Rai Bachchan, Taapsee Pannu and more Bollywood stars who were shockingly replaced from movies

But then her dream run at the box office came to end. However, the B-town beauty made a strong comeback with No One Killed Jessica in 2011 and later gave an impressive performance in Aamir Khan starrer Talaash and more recently in Mardaani, which was touted as YRF’s boldest film ever. This flick could proved to be a game changer for Rani’s not-so-great career. Well, we certainly hope to see more of her films in the coming years! Also Read - Worst Dressed celebs of the week: Disha Patani, Mira Rajput Kapoor and more Bollywood divas turned out to be the fashion disasters

In her glorious career Rani has given some of the most dhamakedaar performances. Here's giving a limpid glance to some of them...


This would be the first birthday Rani would be celebrating after getting married to the YRF scion Aditya Chopra. Here’s wishing her loads of success, fame as she celebrates her 37th birthday!