Director Shankar will truly stop at nothing to make sure that Enthiran 2 will be as grand as possible as he ropes in another Hollywood expert!... 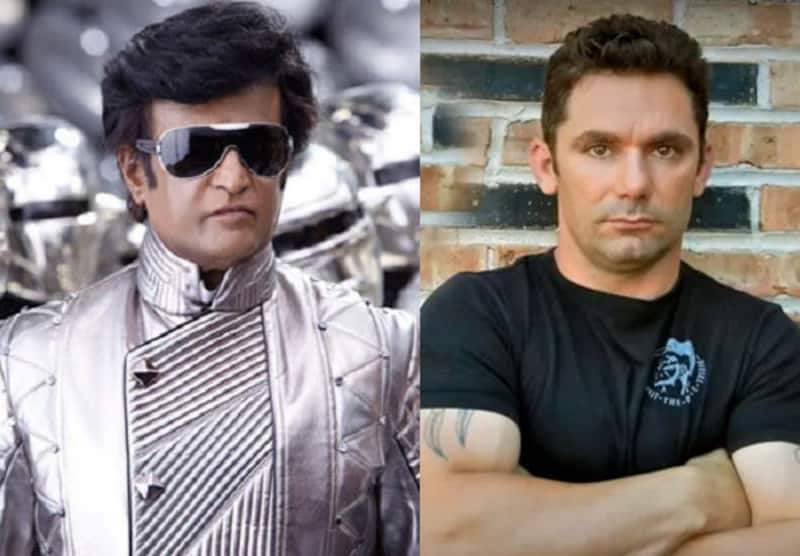 The entire movie is also being shot in Hollywood

Rajinikanth and Shankar's Enthiran 2 or 2.O as it is called, is one of the most anticipated films in Kollywood. The shooting has kicked off already and the filmmaker is leaving no expense to make it larger than life. Earlier on, we already heard that a set worth Rs 20 crore will be made and used in a Hollywood studio, where the majority of the film will be shot. Now, another crew member has strengthened the Hollywood-Kollywood connection. Also Read - Shah Rukh Khan, Disha Patani, Ranveer Singh and more: Bollywood actors and their lesser-known siblings

If news is to be believed, then Hollywood stunt coordinator Aaron Crippen has joined Shankar's magnum opus. The stuntman has flown over to meet the film crew, which is currently shooting at EVP film city. With the addition of Aaron, 2.o now has two Hollywood stunt masters as the film team is already working with Kenny Bates, who has worked for films like Die Hard and Transformers. Also Read - BTS: Kim Taehyung, Jungkook and other members turn Akshay Kumar, Suniel Shetty from Phir Hera Pheri as they groove on 'Aye Meri Zohrajabeen' [Watch Hilarious Video]

As for Aaron, he has coordinated stunts in films like Wanted and Christopher Nolan's Dark Night. He has also worked on the highly anticipated superhero flick, Batman Vs Superman: Dawn of Justice. Also Read - Kartik Aaryan has an epic reply when called 'a replacement star'; it'll win non-fans over

So, this is going to be one eagerly awaited movie which has a Kollywood actor and director, a British model, Amy Jackson, as the female lead, a Bollywood villain, that is Akshay Kumar and most of the technical crew that hails from Hollywood!

The first schedule of the movie has already been completed and the Thalaivar is super busy wrapping up Kabali, after which he will fly over to America to join the 2.o team.