Speculations were rife that Karan Johar scripted the Ranbir Kapoor and Ranveer Singh's Koffe With Karan 5 episode. But to us it looked like the duo was literally auditioning for Karan's Dostana sequel. 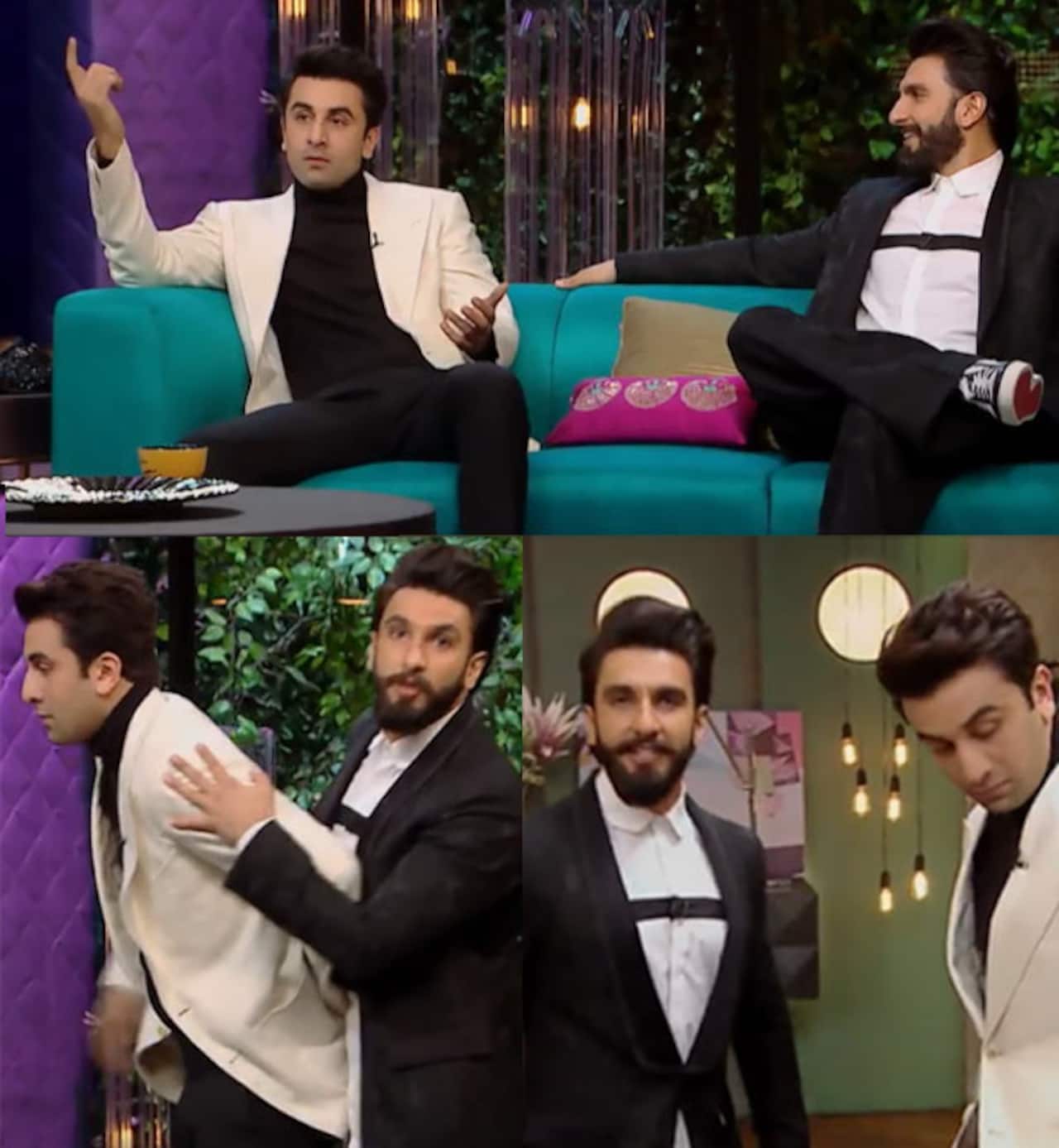 Ranbir Kapoor and Ranveer Singh have already recorded their episode of Karan Johar's popular chat show. And we cannot wait to see what the duo will be up to. The Koffee tease looks like there will be quite a lot of buzz after this show goes on air. While the casting for this couch episode itself was quite a shocker to fans considering that Ranveer and Ranbir are not just competition, but they also have the common Deepika Padukone factor. While speculations are doing rounds that Karan actually scripted this show and got Ranbir and Ranveer to enact their parts, to us it looked like the duo was literally auditioning for Karan's Dostana sequel. Now this isn't the first time actors have come on KJo's show and begged to be cast in Tarun Mansukhani's Dostana sequel that's in the back burner for so many years. Here are moments from the Koffee With Karan 5 teaser that would make it a perfect audition tape... Also Read - Trending Entertainment News Today: First glimpses of Ranbir Kapoor-Alia Bhatt's daughter Raha, real reason behind Sajid Khan's Bigg Boss 16 exit and more

#The gesture: Now anybody who has watched Dostana would remember this gesture. In fact when Abhishek Bachchan was on Koffee couch last time he had done something very similar. Catch it right here... Also Read - Ajay Devgn in Raid 2 to Akshay Kumar in Bade Miyan Chote Miyan, Bollywood stars gearing up for box office dhamaka

Also Read - Kareena Kapoor Khan-Saif Ali Khan to Ranbir Kapoor-Alia Bhatt: These couples opted to be in a live-in relationship and test their bond before marriage

#Raiding Karan's closet: Karan's fancy shoes have caught celebs attention right from the beginning. And looks like Ranbir and Ranveer decided to go check it for themselves. And yes, they did make some typical filmi expressions like this one...

#That hand movement is such a passe Ranbir: Ranbir is also seen making a hand movement that has been amplified in KJo films like Kal Ho Na Ho and Dostana. (Ranveer Singh and Ranbir Kapoor UNCOMFORTABLE on Koffee With Karan 5, says body language expert!)

While we'd like to believe that Ranbir and Ranveer were genuine guests on Koffee couch and the episode wasn't exactly a pre-scripted one the discomfort between these two young stars just says another story. Here catch the full promo...