Ranveer Singh and Samantha Ruth Prabhu teaming up for a project? Duo drops a major hint

Ranveer Singh and Samantha Ruth Prabhu's picture has gone viral on social media, and their fans are wondering whether the actors have teamed up for a project. Read on to know more... 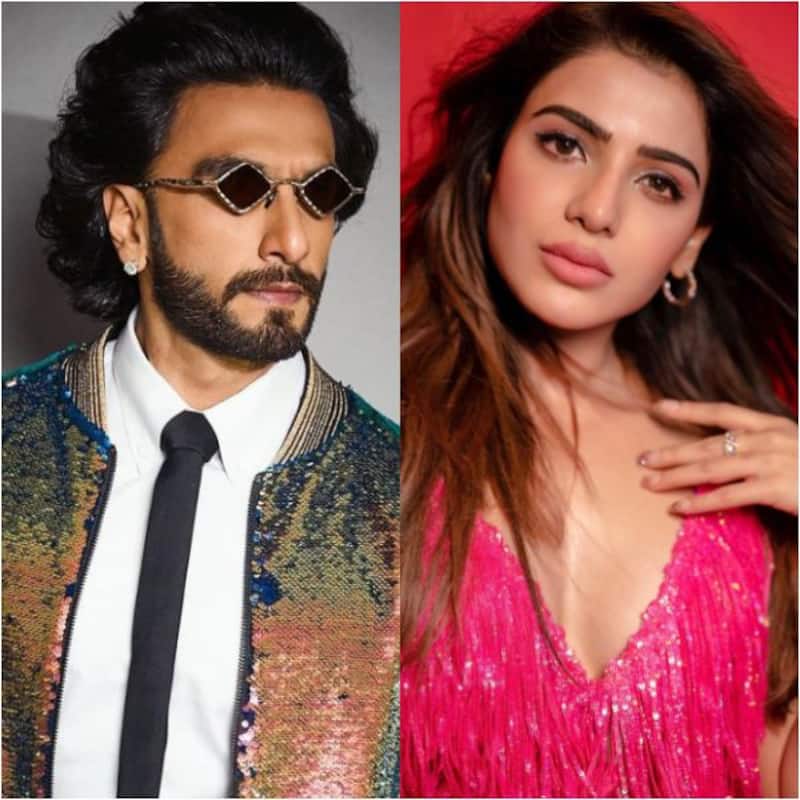 Samantha Ruth Prabhu is one of the biggest names down South. She is slowly making a mark in the Hindi sector after she made her OTT debut with The Family Man season 2, and of course, the song Oo Antava did wonders for her. Now, recently Samantha shared a picture with Ranveer Singh on Instagram and wrote, “The sweeted ever @ranveersingh” To this, the Cirkus actor replied, “twas a delight.” Now, their fans are wondering whether Samantha and Ranveer have teamed up for a project. Also Read - Duranga: Drashti Dhami reveals why she did not watch the original Flower Of Evil [Exclusive]

In the picture, Samantha Ruth Prabhu is seen wearing a traffic police uniform and Ranveer is seen in a casual blue shirt. Well, we wonder if the actors have collaborated for a movie or an advertisement. Let’s wait and watch. Also Read - Munawar Faruqui's Hyderabad show to continue as planned? Telangana police places revolting minister under house arrest 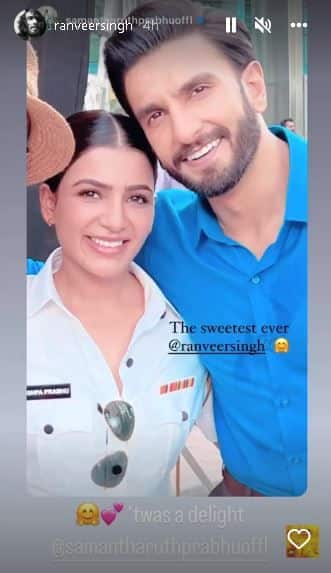 Ranveer won’t be the first Bollywood star Samantha will be seen sharing screen space with. The actress had earlier worked with Akshay Kumar in an advertisement and it had received a good response.

Talking about Samantha’s projects, the actress will be seen in movies like Shaakuntalam, Yashoda, and Kushi. Shaakuntalam and Yashoda will be a pan-India release. While the former’s release date is yet to be announced, the latter will hit the big screens on 12th August 2022. The teaser of Yashoda was released a few weeks ago, and it had received a great response. She will also be seen in the Indian version of the web series Citadel which will also star Varun Dhawan in the lead role.

Meanwhile, Ranveer Singh will be seen in movies like Cirkus, Rocky Aur Rani Ki Prem Kahani, and Anniyan remake. Directed by Rohit Shetty, Cirkus is slated to release on 23rd December 2022. Rocky Aur Rani Ki Prem Kahani, which is being directed by Karan Johar, is slated to release in February 2023. Anniyan's remake will be helmed by Shankar, and it is not yet known when the film will start rolling. Currently, Shankar is busy with the shooting of RC15.