Ranveer Singh is a live wire when it comes to entertainment. 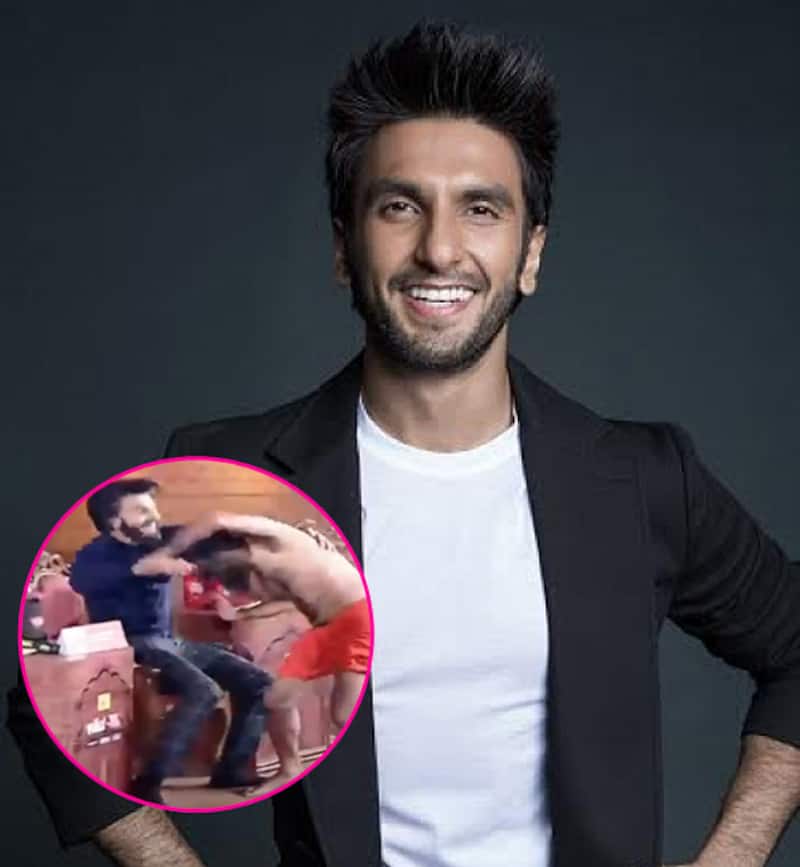 Ranveer Singh is a live wire when it comes to entertainment. His infectious personality can't be matched by anyone. He has nailed it each and every time. While we all thought his energy is unmatchable, turns out we were all wrong. There is some one out there who not only danced with him, in fact beat him in his own game. Yes we are talking about Baba Ramdev. It all started on Ajenda Aaj Tak 2016, when Ranveer Singh requested Baba Ramdev to dance with him. He in his usual self said, "Agar aap babaji ka dance dekhna chahate hain, toh give me a, ‘Hell yeah’." After rejecting his request initially the Yoga guru gave in and went to the stage with him. And boy he burn the dance floor and how, with those deadly moves. He started doing his yoga steps on the beat of Malhari and it was Singh who was finding it difficult to match up with him. Also Read - Ranveer Singh-Deepika Padukone, Aishwarya Rai Bachchan-Abhishek; when distasteful separation rumours of Bollywood's loved couples grabbed eyeballs

Though we have to give it to Ranveer, he tried his best to match up to the energy of Ramdev but gave up after a bit. After a point, the Befikre actor realised he couldn't match the madness of Ramdev and was left in state of shock. Soon he accepted defeat became of fan of Ramdev. Also read: Ranveer Singh will NOT promote Befikre on Krushna Abhishek's Comedy Nights Bachao Taaza Also Read - Koffee With Karan 7: Alia Bhatt is too fed up of Karan Johar’s obsession; says, 'Stop taking my name otherwise...'

Baba Ramdev too wasn't left behind in trolling the actor and pointed out how he is sweating endlessly and there is not even a drop of sweat on Baba Ramdev. He even challenged Ranveer for a wrestling face off, obviously he rejected it. In Ranveer's defense he was wearing a slim fit trousers. And he did mention that. Singh ended the bout saying, "Paanch minute mein jo bhakt bana de usey kehte hain Baba Ramdev." Also Read - Ayushmann Khurrana, Tiger Shroff, Akshay Kumar and more Bollywood stars who slashed fees for SHOCKING reasons