Ranveer Singh or Shahid Kapoor - whose mirror selfie is the hottest? Vote

There's way too much Monday Motivation there 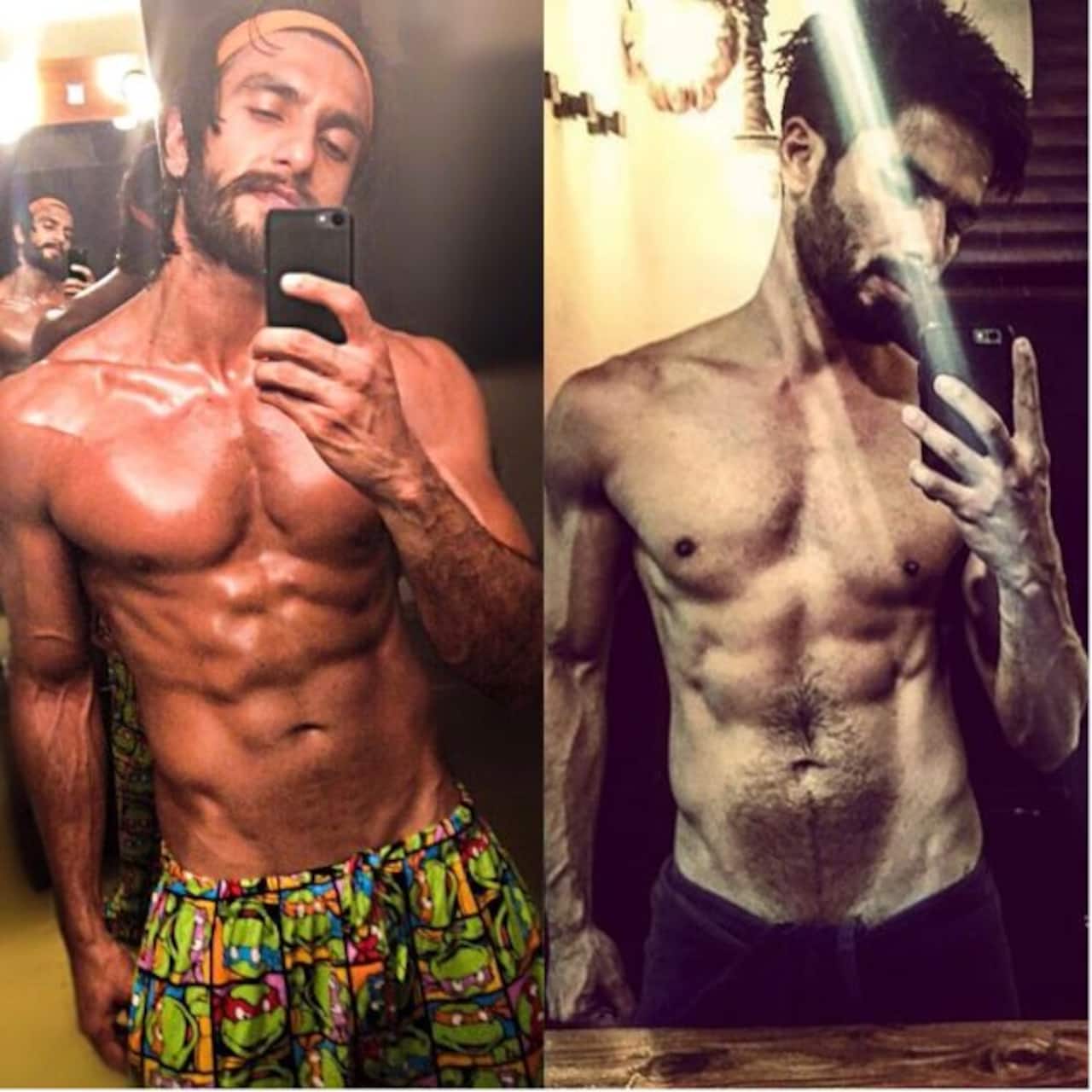 It's Monday and surely a lot of you, who have been planning to hit the gym since ages, might just finally do it today. But for those who are still feeling lazy, here's Ranveer Singh giving you some 'Monday Motivation' with a picture that he posted on his Twitter account. In the photo, which is a mirror selfie, we see Ranveer showing off his packs and chiseled abs wearing Ninja Turtles boxers. We know that Ranveer had bulked up to play Allaudin Khilji in Sanjay Leela Bhansali's Padmaavat, he then went lean for Zoya Akhtar's Gully Boy. Now he is gaining muscle yet again and working hard on his core for Rohit Shetty's Simmba. Considering Ranveer has these washboard abs now, we are sure that he will show them off in the film, which stars Sara Ali Khan as the female lead. Check out the picture posted by Ranveer right here: Also Read - Farzi star Shahid Kapoor shares all about his experience of working with The Family Man creators Raj and DK

If you are still not motivated, we will give you some more. You see Shahid Kapoor has been posting many shirtless selfies of himself on his Instagram account. Basically he has been motivating the lazy lot time and again. As soon as we saw Ranveer's picture, we were reminded of a similar photo that Shahid had put up a few months back. Check it out right here: Also Read - When Shahid Kapoor was accused of creating a fuss over Kareena Kapoor Khan and Fardeen Khan's initimate scenes

Now tell us whose pic, out of Ranveer and Shahid, is more motivating. Take our poll and let us know:

On the work front, Shahid and Ranveer worked together for the first time in Padmaavat, which went on to make more than Rs 300 crore at the domestic box office. Ranveer has Gully Boy, Simmba and Kabir Khan's '83, which is the biopic on Kapil Dev. Shahid has resumed shooting for Batti Gul Meter Chalu. He recently signed the Hindi remake of Telugu film, Arjun Reddy.