Ranveer Singh ran away with Parineeti Chopra on a horse during Kill Dil shoot - Watch video! 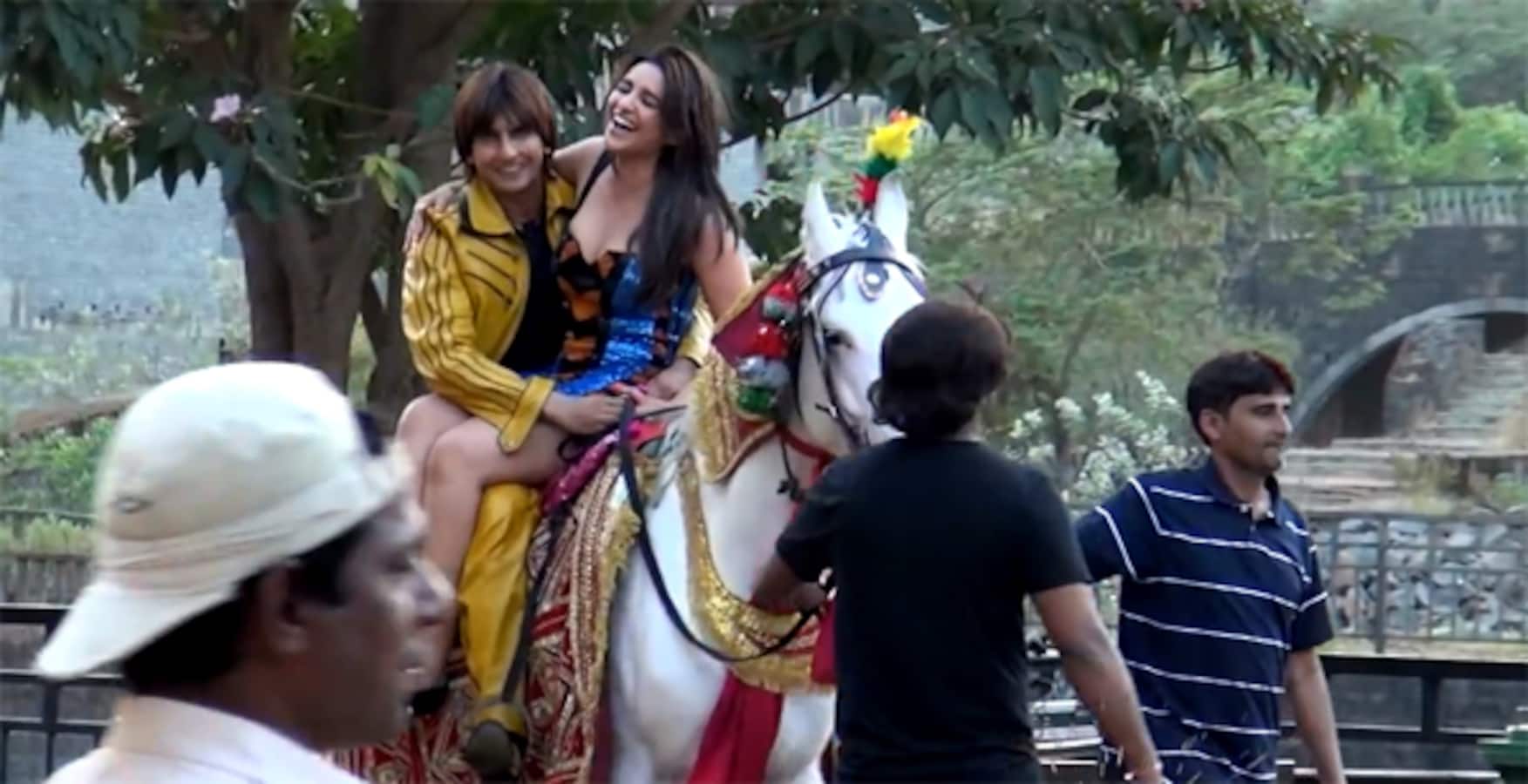 Here's the latest goss from the sets of YRF's upcoming Ali Zafar-Govinda starrer...

Ranveer Singh is famous in the film industry for being the over-enthusiastic actor, but there is something that he did recently which left everyone on the sets of the film in shock. He ran off with Parineeti Chopra on a horse while a shot was on. Weird hai na?Here's what happened... Also Read - Kangana Ranaut calls film industry crass and crude: Times she targetted Bollywood A-listers

For a specific scene Ranveer had to carry Praineeti Chopra on a horse, called Toofan. The horse was shit scared because there were over 200 junior artists who were on the set that day practicing for a dance sequence. So when the actual time came for Ranveer to sit on the horse and also make Parineeti sit on his lap, this horse got so horrified that it ran off with both the lead actors of the film. The funny part was that the whole unit was running behind the horse trying to stop it but were unable to. Finally it was Ranveer who managed to pull the reigns properly and make the horse calm down. A brilliant tale of bravery, must we say, hai na? Also Read - Pathaan Special Screening: Ranveer Singh, Rani Mukerji join in the mania; Hrithik Roshan brings family to watch Shah Rukh Khan's action dhamaka [VIEW PICS]

Ranveer had actually reported a couple of hours early for the shoot and he spent that extra time familiarising with Toofan. Now there's an actor who does his homework properly. After all he saved the damsel in distress. Check out this video and tell us what you think of our brave hero... Also Read - Athiya Shetty-KL Rahul to Alia Bhatt-Ranbir Kapoor: First official wedding pictures of Bollywood couples that took our breath away [VIEW HERE]