There is never a dull moment when Ranveer Singh is around. The hunk was in the best of spirits at the book launch of Twinkle Khanna's third novel, Pyjamas are Forgiving. The book reading session was graced by Karan Johar who read out excerpts from it. Sonam Kapoor attended the function looking like a true bookworm with her glasses. Others present included Sikander Kher, R Balki - Gauri Shinde, Mana Shetty and so on. There were some funny moments when Ranveer went down on his knees for Akshay Kumar at the event. He also greeted Twinkle with a kiss. Akshay also read out excerpts from the novel. The best part seems to be camaraderie between Akki and Ranveer as they read together and cracked jokes on the stages. Karan Johar also entertained the audience. Dimple Kapadia was seen interacting with people from Mumbai's arts and culture society.

Can you identify Hrithik Roshan, Tusshar Kapoor, Twinkle Khanna and Ekta Kapoor in this picture with Reena Roy? 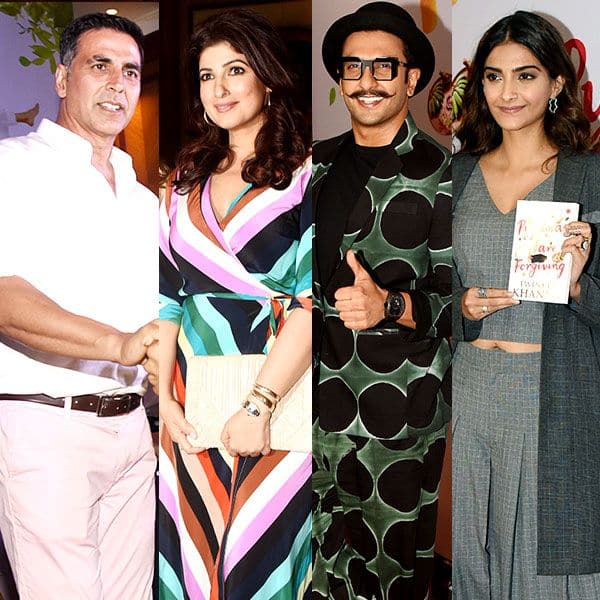 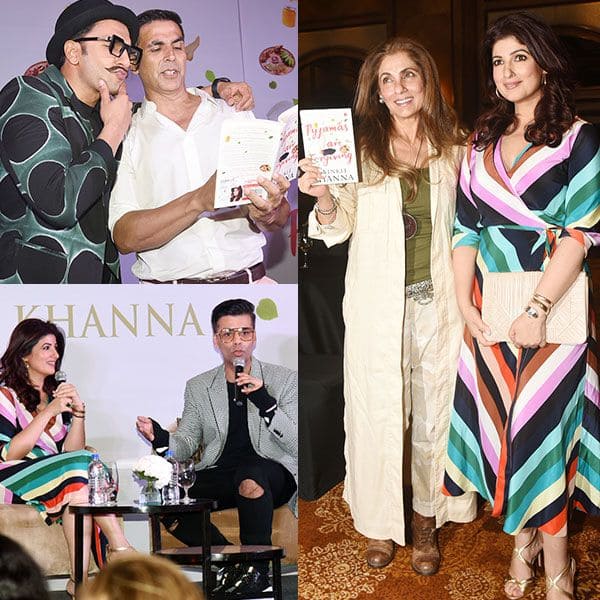 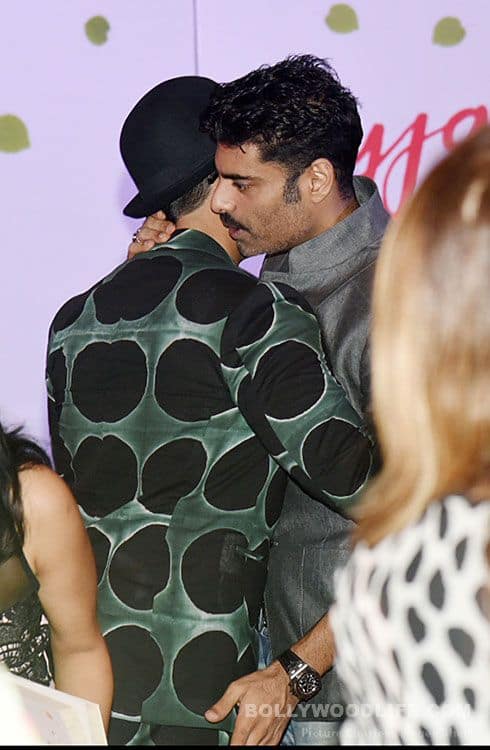 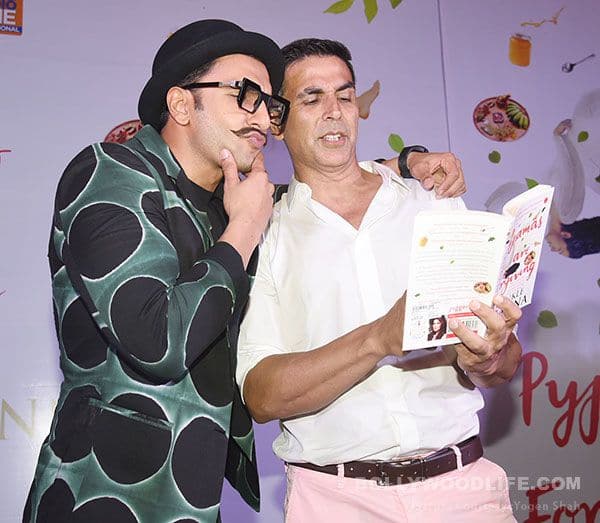 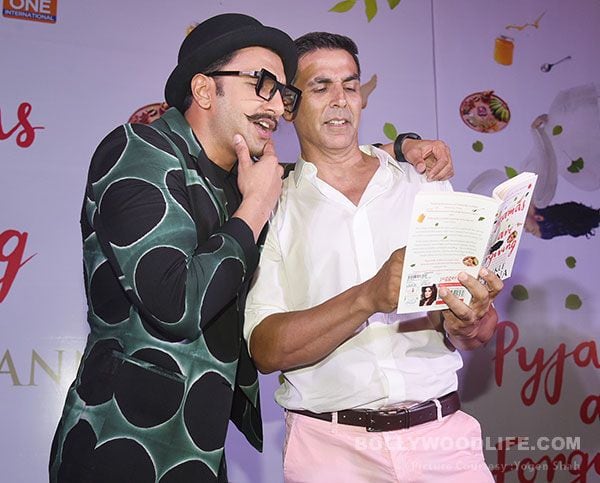 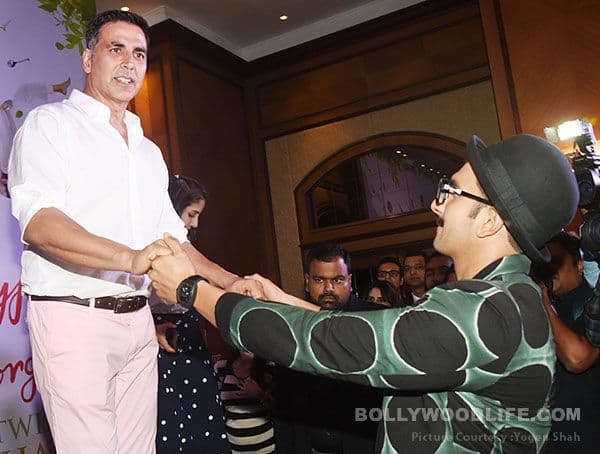 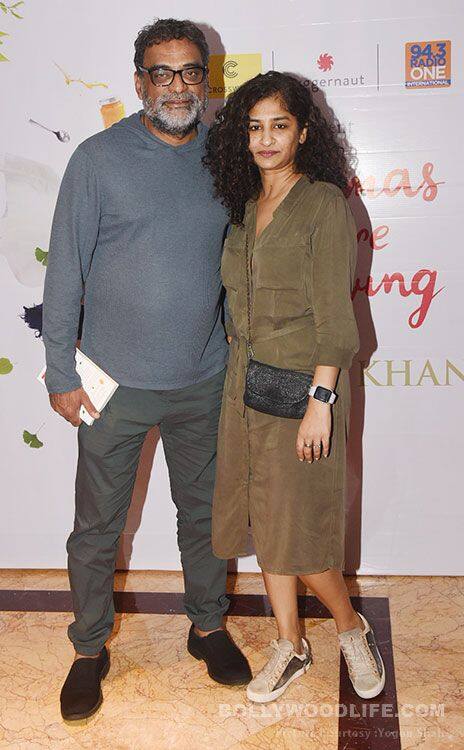 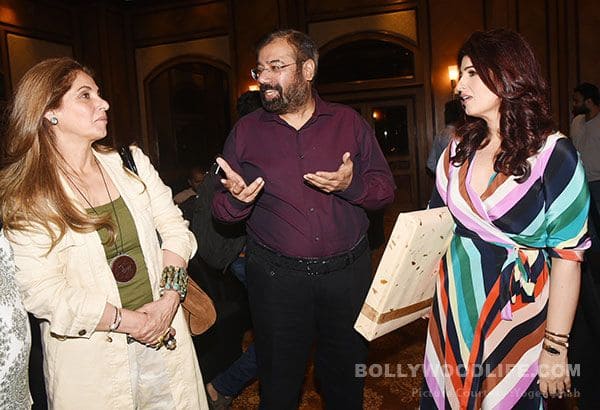 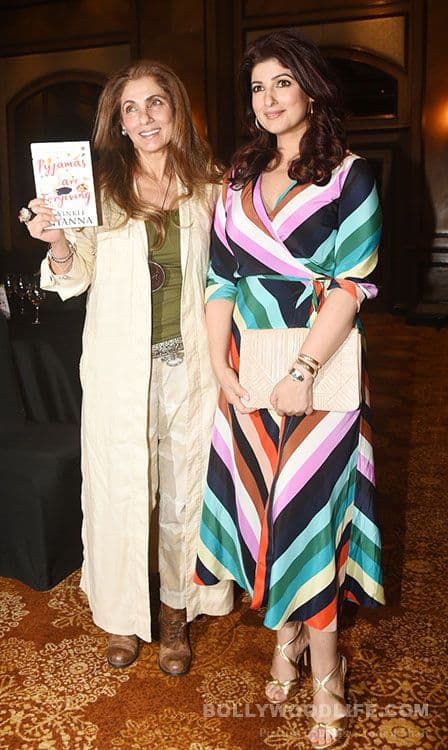 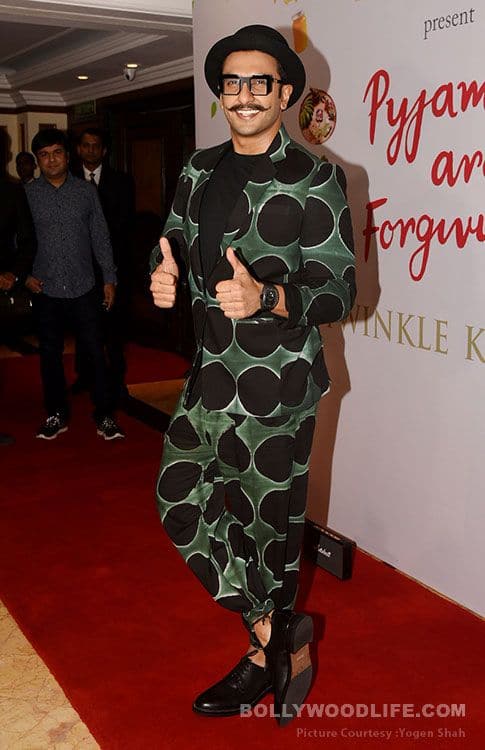 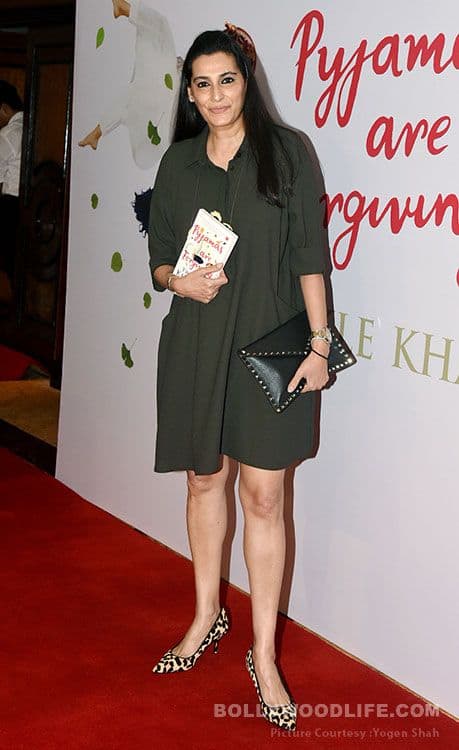 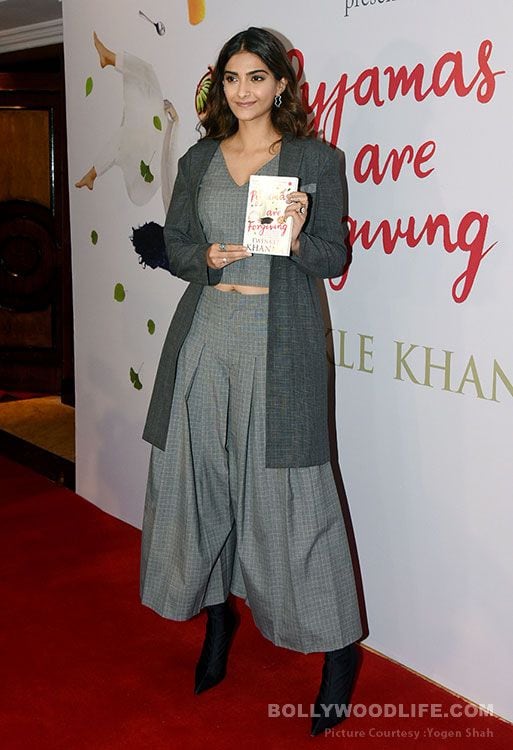 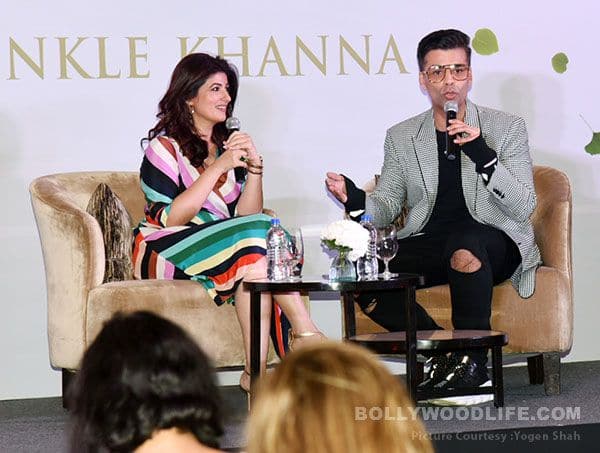 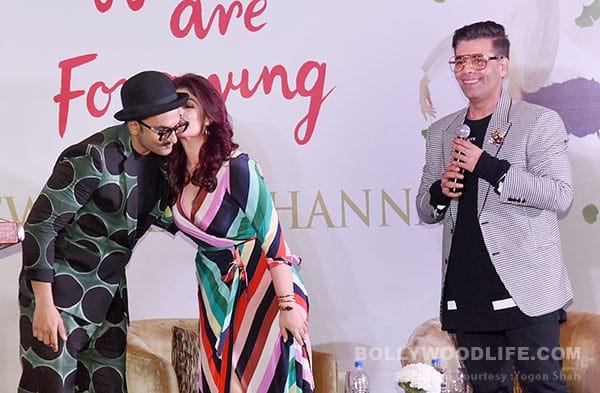 Akshay Kumar has confessed that he is not much of a reader but knew that his wife was tensed about her latest book. He told News18 in an interview, "She is very choosy. I have no idea now what is there in her head. At the moment she is just concentrating on her new book which is going to release next month. I did get a peak of it when she narrated it. I don’t like reading. I’m more into sports, I want to run, so she tells me everything. I know the whole story, I know what it is and I love the title Pyjamas Are Forgiving."

This is Twinkle's third book after Mrs Funnybones and Legend of Laxmi Prasad. The lady wears many hats of a film producer, writer and interior designer. In July, she said that she is coming up with a new book. Stay tuned to BL for more scoops and updates!