Om Shanti Om will begin from August 28 at 6 pm. 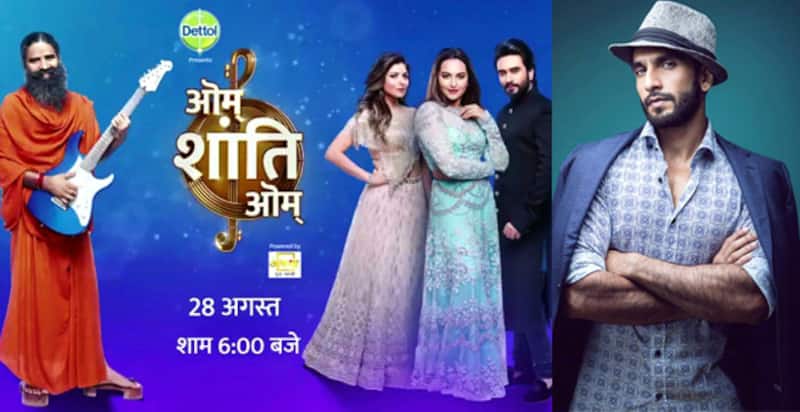 Why does this news not surprise us? We have revealed to you earlier that Baba Ramdev is bringing to us a different kind of musical reality show in Om Shanti Om. Unlike other shows, this will be based on devotional music, and the judges will be Sonakshi Sinha, composer Shekhar Ravjiani, and singer Kanika Kapoor. Baba Ramdev will be the maha judge for the show. Now we hear that Ranveer Singh has been roped in to host the first episode of the show. When it's Ranveer, nothing comes as a surprise to us, does it? Also Read - Ranveer Singh subtly quashes separation rumours with Deepika Padukone; calls her, 'My Queen' [View Post]

As per a report in Mumbai Mirror, a source close to the show revealed details of his hosting stint to the paper. It said, "Ranveer has been roped in for the shubhaarambh episode, after which Aparshakti Khurana will take over as host. The actor will open the show by performing on the Gajanana song from his last Bhansali film, Bajirao Mastani. He will also be introducing the show's 14 contestants." If this is happening, Ranveer Singh will be reuniting with his Lootera lady, Sonakshi Sinha at least on the small screen. Also Read - Dussehra 2022: Before Adipurush releases, check out how Shah Rukh Khan, Salman Khan, Akshay Kumar and more celebrated Raavan Dahan in THESE movies

Om Shanti Om will have 14 contestants compete with each other, by crooning devotional songs through contemporary tunes. The show will go on air on Life OK. Earlier in a report in DNA, a source had revealed what made Sonakshi Sinha agree to be a part of the show. It said, "The makers were keen on getting a star for the show. After she refused initially, they went back to her with a bigger offer. The channel has paid mega bucks to get Sonakshi on board for the show. It was only after the whopping deal was negotiated that Sonakshi gave her nod to the show." Also Read - Trending Entertainment News Today: Deepika Padukone-Ranveer Singh debunk separation rumours; Aryan Khan to play Vanarastra in Brahmastra 2 and more

Om Shanti Om will begin from August 28 at 6 pm.