This time, Ranveer Singh has added Italian flamboyance to his unconventional fashion sense. And within minutes, reactions poured in from his industry friends and fans.

Ranveer Singh is known for his quirky style statements. He often takes the internet by storm with his fashion choices that never fails to amuse his fans and industry colleagues. And this time, Ranveer has added Italian flamboyance to his unconventional fashion sense. Also Read - Bigg Boss 15 OTT: Sidharth Shukla, Shehnaaz Gill, Rohit Shetty, Farah Khan – these 9 celebrities might take over Salman Khan’s hosting duties 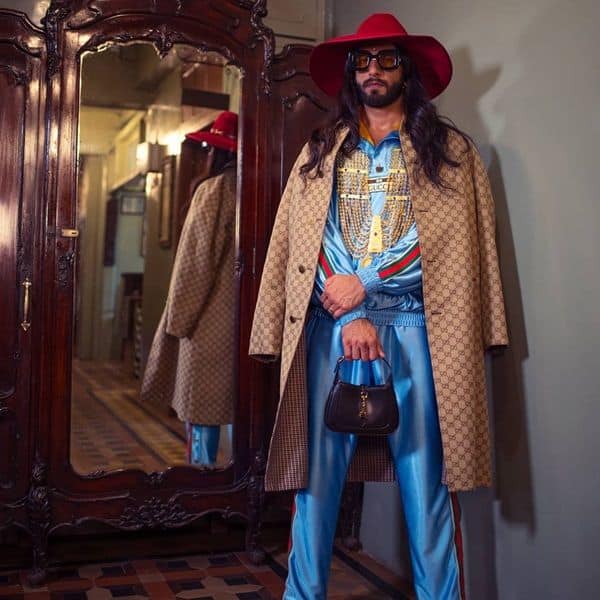 Ranveer uploaded three back-to-back pictures donning a shiny sky-blue tracksuit and a huge gold necklace around his neck. He wears his hair long and sports oversized tinted glasses for the photo-op that has been shot indoors. The first picture is snapped near a bunker bed. While the second one has Ranveer in a Gucci monogram trench coat placed stylishly on his shoulder, as he holds a Black Jackie bag against a vintage mirror. The third picture is captured in front of an old elevator. Also Read - Alia Bhatt looks smashing hot in a workout mirror selfie but her hilarious caption steals the show 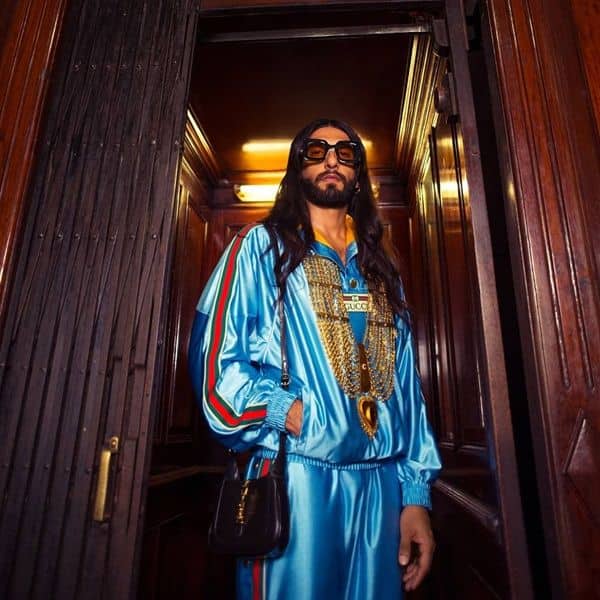 His latest style quirk draws inspiration from Gucci's Creative Director Alessandro Michele's signature long hair, chunky jewellery and signature red hat. And within minutes, reactions poured in from his industry friends and fans. His fashion has proved to be great material for meme makers.

If my future husband doesn’t look like this #RanveerSingh
I don’t want him? pic.twitter.com/2oc6Ligf6X

*Me reserving seat for my Frnds in General compartment*?#RanveerSingh pic.twitter.com/Q5jeNxy7JL

Jesus! We warned you about our bass, didn't we? ?#RanveerSingh #OOTD #Gucci pic.twitter.com/hk15VgmSiK

Ranveer's upcoming films are 83, Jayeshbhai Jordaar and Cirkus. He will also be seen in the Akshay Kumar-starrer Sooryavanshi.