Make way for the one and only....Ranveer Singh!!!

Are we still complaining about Monday morning blues? Well, there's certainly no dull day when Ranveer Singh's around and with that, we are referring to his quirky outfits that he keeps wearing every now and then. I mean, one look at the above picture and you will know what we are trying to say. Sporting a bright, colourful Adidas Jeremy Scott jacket, Ranveer was enough to light up the airport as he took off to Switzerland last night. In fact, why just the jacket? Take a look at his overall attire and tell me if you don't get high on colours - a pair of striking yellow shoes, white track pants, funky glasses and a mini suitcase in the shape of a tape recorder or whatever that looks like - Oh! We don't think anyone can ever dare to beat Ranveer in this game of quirkiness! Also Read - Rajkummar Rao gives an interesting plot twist to Padmaavat and Dilwale Dulhania Le Jayenge - watch exclusive video to find out!

There have been barely any times when Ranveer has underplayed his style. Although usually he gets trolled for being so ridiculously out-of-the-box like the one when he dressed up as a condom at Shahid Kapoor's pre-birthday bash, but then does he even care? Haters gonna hate, Ranveer is never going to stop being his goofy self and this latest appearance yet again proves just that. C'mon, you need someone who functions differently than the others and who else than Ranveer Singh owning this space... Also Read - Avengers: Infinity War has become the ONLY Hollywood film to achieve this feat - read details

Here check out all the pics below: Also Read - [Exclusive Video] Shah Rukh Khan and Ranveer Singh inspired Rajkummar Rao to play a terrorist in Omerta - here's how 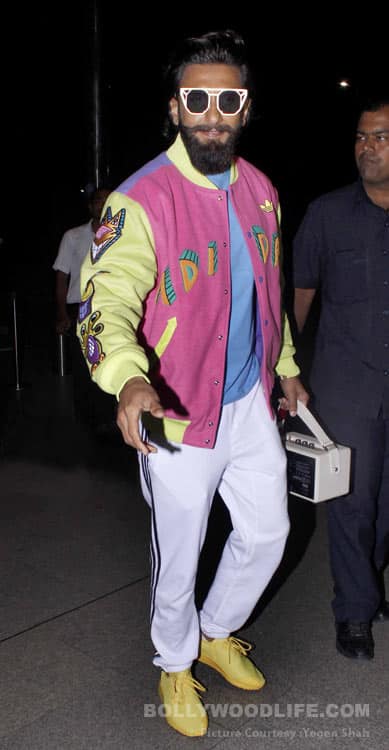 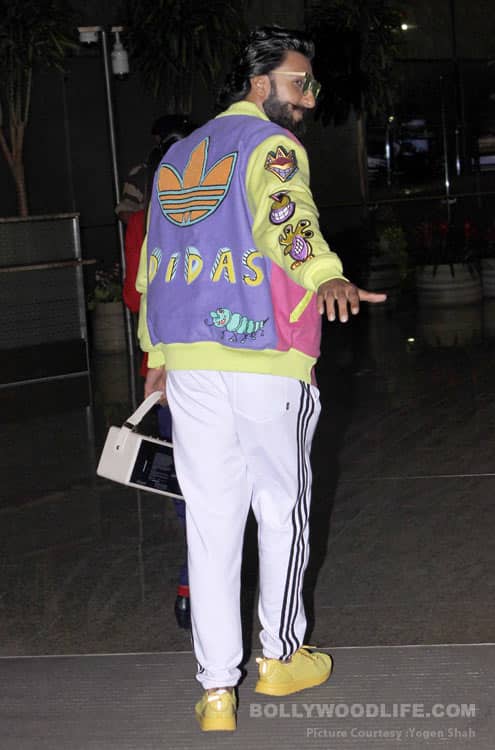 That reminds us how not just Ranveer but even Bollywood has started endorsing his quirky side. Alia Bhatt and Varun Dhawan's Badrinath Ki Dulhania has actually got Ranveer on board as 'Happy Singh' to promote the film. Yes, Alia shared a video of the same yesterday where Ranveer is seen dressed up as an adorable Sardaarji as Alia's new Badrinath. Dunno about you but we're definitely enjoying this fun side of Ranveer that's only amplifying with every passing day.

We wonder how does Ranveer even switch to his serious mode while shooting for Padmavati. Do share your thoughts in the comments below and keep watching this space for more updates.