Red hot Priyanka Chopra gets into her Baywatch mode and we wonder if there's some surprise coming up!

Is this Priyanka Chopra's way of celebrating #1YearofBaywatch ?

While Bollywood beauties like Deepika Padukone, Aishwarya Rai Bachchan and Kangana Ranaut are making heads turn at the Cannes Film Festival, Priyanka Chopra is having a whale of a time in California. The Quantico star is enjoying some family time on the exotic beaches of Beverly Hills and her Instagram pictures are one to die for. After winding up her promotional schedule for Quantico, season 3, PeeCee is chilling like a boss before she resumes her work once again. Gracing the Californian beach in a sizzling red monokini, Priyanka was reminiscing her Baywatch days while we were busy drooling at her. Also Read: Priyanka Chopra, Samantha Ruth Prabhu and Alia Bhatt – meet the sartorial stunners of this week Also Read - Priyanka Chopra apologies for Hindu terror plot in Quantico 3, says " I'm a proud Indian"

It's definitely not the first time when PeeCee sizzled in a bikini, giving a great or rather a sexy start to our gloomy Monday. She has previously donned some sexy beachwear that made us fall in love with all over again. Yet, her recent pick is more special since we believe it has a Baywatch connect. What's the first thing that comes to your mind when you say Baywatch? Of course, it's the sight of uber hot girls in red bikinis running in slow motion on a beach. While the B-town actress didn't have an opportunity to sizzle in one in her debut Hollywood movie, and she even complaint about the same, guess it was time she fulfilled her long awaited dream. The Bajirao Mastani actress picked a rather sultry red monokini for her recent beach vacay and what else can we say! We were sold. Also Read: Forget the fact that Priyanka Chopra owns 120 pairs of heels, it’s her huge collection of sunglasses that will stun you Also Read - A Kid Like Jake movie review: Priyanka Chopra, Claire Danes and Jim Parsons' film has the critics divided

Soaking in the sun on the sprawling beaches of California where she is currently holidaying, Priyanka Chopra drove the blues by flaunting those toned legs. With summer in its full blown, check out the drool-worthy picture of Priyanka rocking the red hot monokini right here! Also Read - A Kid like Jake trailer: Leave aside Priyanka Chopra, the little kid is the real star of this movie 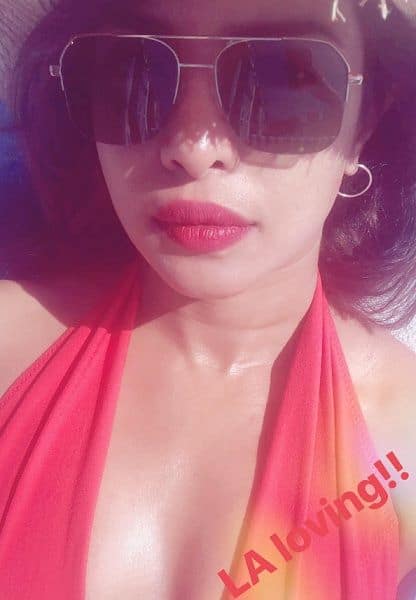 Coming to our work front, Priyanka Chopra will start shooting for Salman Khan's Bharat in August this year. Meanwhile ABC has decided to end Quantico's saga and there will be no more seasons coming up. So the actress has all the opportunity to sign as many Hollywood movies as she wants and also do some more in Bollywood.