Revealed: Bajrangi Bhaijaan's Harshaali Malhotra shares a close bond with someone apart from Salman Khan- find out who it is!

Who is close to Harshaali apart from Salman? Is it another Bollywood actor? Find out!

Be it a unique story, brilliant direction or memorable performances, Kabir Khan's Bajrangi Bhaijaan has it all. The film has won a million hearts not only in India but oversees as well. Starring Salman Khan, Harshaali Malhotra, Kareena Kapoor Khan and Nawazuddin Siddiqui, this venture has created history like no other Salman film. Though the superstar's performance was praise worthy, it's Harshaali who emerged as the star of the film. The little beauty is being raved about by leading Bollywood celebs as well as the aam janta. As we all know, Salman adores kids and it's no shocker that the Bhaijaan shares a great bond with Harshaali. But apart from him, the little girl also shares a close friendship with someone else. Is it some actor? Well no. In fact it's another child artist! Not many know, but Harsshaali is close to &TV show Gangaa's lead actress Ruhana Khanna. Also Read - Harshaali Malhotra aka Munni from Salman Khan's Bajrangi Bhaijaan is all grown up — view pics 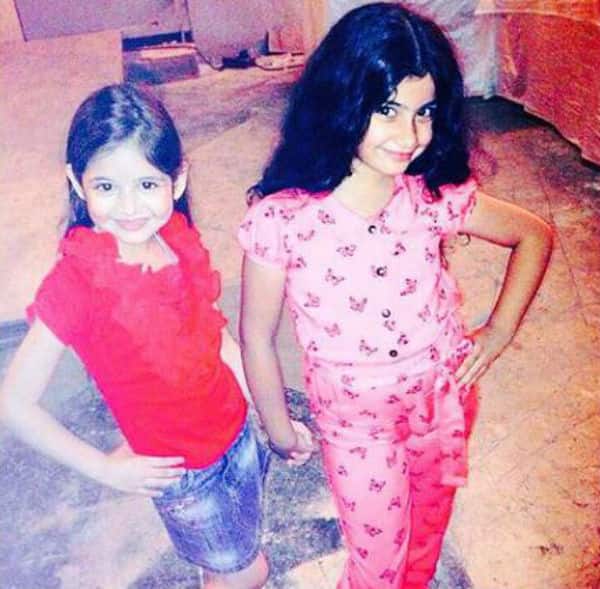 The two have apparently worked together in many commercials. Also Read - Salman Khan lifts Harshaali Malhotra in this unseen poster of Bajrangi Bhaijaan, and we wonder why it wasn't released earlier

Ruhana while recalling her experience with an entertainment portal said," “Harshaali and I have done a lot of shoots together. I also saw her movie, and I really loved it. I enjoyed Salman sir and Harshaali’s work a lot. After watching the movie, I have a desire to work with Mr Kabir Khan and my favorite Salman sir.”

Awww! So cute. So will Ruhana get a chance to work with Salman like Harshaali? Let's see!