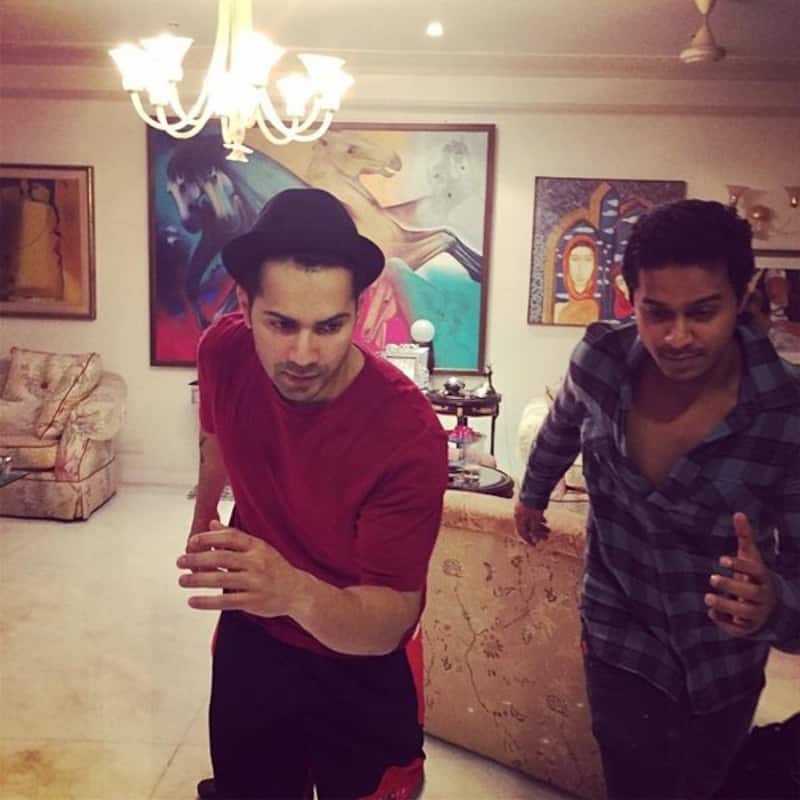 The award function is to be held on January 31

So we are breaking out an exciting surprise that’s in store with the last and the final set of awards, 60th Filmfare Awards 2015. While Kapil Sharma will take charge as the host this season, Varun Dhawan is gearing up for a rocking performance with songs like Velle and Saturday Saturday. Also Read - Ranveer Singh, Akshay Kumar, Ajay Devgn, Tiger Shroff and more Bollywood stars' recent box office average and how they rank

The Main Tera actor is quite excited about his jig speaking of which, he took to Instagram with a rehearsal shot saying, “Filmfare rehearsals on #vele #saturday first time doing #bollyhop.” Now that's like it, isn't it? Also Read - Arjun Kapoor, Kartik Aaryan, Salman Khan and others celebrate Varun Dhawan's father and filmmaker David Dhawan's 71st birthday

We hope Varun is more cautious while performing on stage, especially after seeing what happened at the recently held Screen Awards 2015. The Student Of The Year actor fell off a tank while thumping on Jee Karda from Badlapur, at the award function. Also Read - David Dhawan Birthday: Coolie No.1 to Haseena Maan Jaayegi; Blockbuster movies of the filmmaker which starred Govinda

Anyway, so what do you think of Varun’s playlist pick for Filmfare? Excited? Share your thoughts in the comments and watch out this space for more updates!