Revealed! Kangana Ranaut's look as the Queen Of Jhansi is sure to surprise you

How convincing does Kangana Ranaut look as Rani Laxmibai?

The crucial part in making any historical film is to get the looks and the diction right and with Kangana Ranaut's Rani Laxmi Bai biopic, we can safely say the actress is going to be close to perfection as Manikarnika (The Queen Of Jhansi). One look at the above picture and you will know what we are trying to say. We have just got our hands on this beautifully conceptualised sketch of Kangana from one of the workout sessions of Rani Laxmibai. In fact, that's not all! Apart from nailing the Jhansi Ki Rani look, Kangana is rigorously also learning sword fighting and horse riding for the film. Also Read - From sex symbols to powerful performers: The journey of Anushka Shetty, Kangana Ranaut, Priyanka Chopra and more actresses will leave you inspired

Revealed our source close to the unit, "“Kangana Ranaut is prepping for Manikarnika in full swing. She is currently practising horse riding at the Mahalaxmi race course (Mumbai) with one of finest riders – Suresh Taporia. The movie will go on floors very soon." Also Read - BTS' V, Ranveer Singh, Kangana Ranaut and more celebs who have a distinct love for Gucci

Here, check out Rani Laxmibai's look Also Read - Kangana Ranaut's spellbinding transformation from Thalaivi to Dhakaad proves no one is as adept as her at shape-shifting 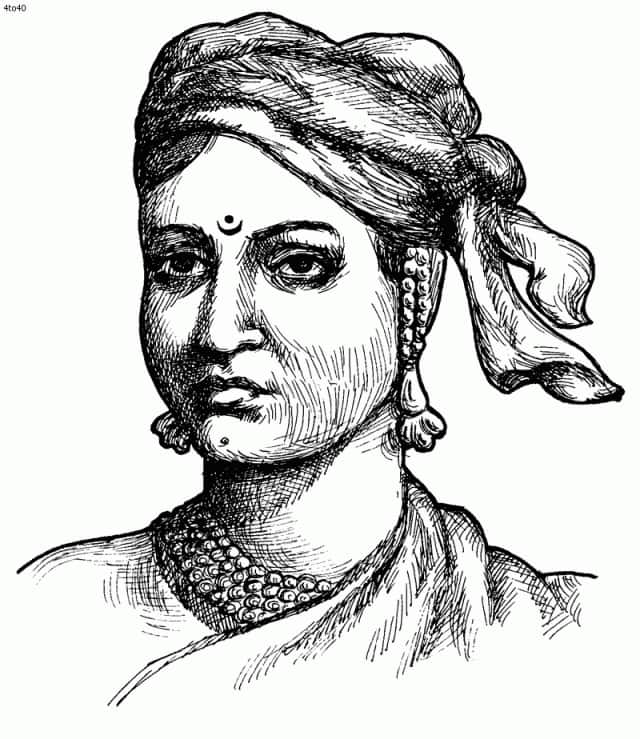 For those of you who don’t know, Manikarnika is a film on Jhansi Ki Rani and will be helmed by Krish (of Gabbar Is Back fame). Earlier Ketan Mehta was supposed to direct the movie but as per reports, he was kicked out by the actress due to mutual differences. Coming back to the movie, the story has been penned by SS Rajamouli’s father, KV Vijayendra Prasad, who is also the writer of Baahubali. The film will revolve around the life of an ordinary girl, who finds herself in quite a few difficult situations. How she decides to fight her battle and discovers the warrior within herself forms the rest of the story.

In addition to this, rumours suggest Hollywood actor Hugh Grant too is being approached to play the role of General Hugh Rose in the film, who was commanding the Central Indian Field Force and crushed the Indian rebels at Jhansi in 1858. He also spoke greatly of Rani Lakshmi Bai’s bravery during the rebellion!"

All said and done, do you like Kangana's look as Jhansi Ki Rani? Tell us in the comments below and keep watching this space for more updates.