The leggie lass is currently shooting for Thala 56, which is expected to release this Diwali

It has been a stunning year for Shruti Haasan. After basking in the success of Gabbar Is Back and Srimanthudu, the svelte beauty is hoping to rock the box office with her upcoming films Welcome Back and Puli. Also Read - Tanu Weds Manu director Aanand L Rai ropes in THIS mega music composer from the South for his next movie, and it's not AR Rahman?

While she mesmerised the fans with her elegant yet sexy avatar in Vijay's Puli, her look from Ajith's 56th flick, titled Thala 56 has now been revealed. Directed by Siruthai Siva, Thala 56 stars Ajith, Shruti and Lakshmi Menon. While Shruti plays Ajiths love interest, Lakshmi Menon plays his sister in the film. Shruti Haasan tweeted this and gave us tiny sneak peak into her look from Thala 56: Also Read - From Rajinikanth as Thalaivar to Allu Arjun as Icon Staar: South superstars and their nicknames – view pics 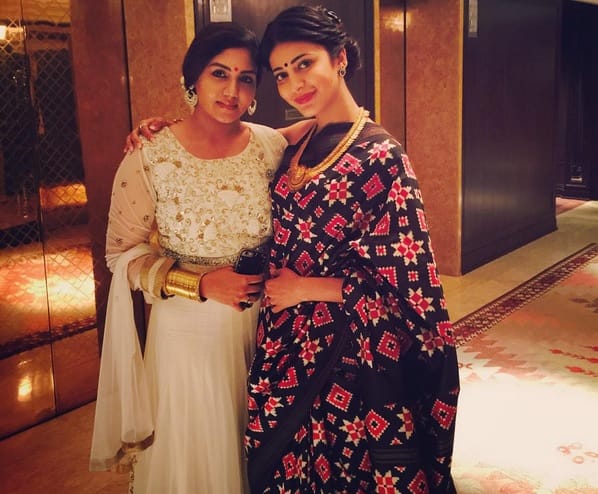 So what do you think of her traditional look from Thala 56?