Nitya Mehra's upcoming romantic drama has been in the news ever since it was first announced; thanks to the fresh new pairing of Katrina Kaif and Sidharth Malhotra. After a lot of buzz and a name change from Kal Jisne Dekha to Baar Baar Dekho, the film has finally gone on floors in London. Informing about the same, Sidharth shared a picture of himself with Nitya on his Twitter account saying, "#BaarBaarDekho begins,our timeless love story by @nitya_mehra @ritesh_sid @karanjohar @FarOutAkhtar #KatrinaKaif." Also Read - Happy birthday Katrina Kaif! 7 songs of the glam queen that make us hit the dance floor

Apart from the obvious information, we also noticed Sidharth's new look- stubble and a different haircut. Well, though the man is not new to stubble, unlike previous occasion where he sported a stubble to get a rough, edgy look, this one seems sweet and a little more mature than his age. In one of his earlier interviews, Sidharth had mentioned that the film is a unique love story of two people which spans over a period of time and that he was excited as he gets to play different ages. We wonder if his mature look is part of his older character! Also Read - 5 times Sayani Gupta mesmerised us with her unconventional style statements

Ritesh too shared the following picture on his Twitter account that gave us a wider view of Sidharth's look... Also Read - It's Expensive! Sayani Gupta's orange bikini look will cost you as much as a high end smartphone 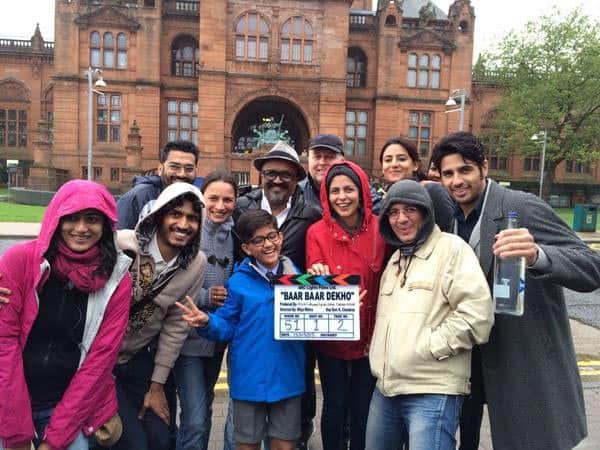 Now we just can't wait to get a glimpse of Katrina from the film and we hope that happens soon!