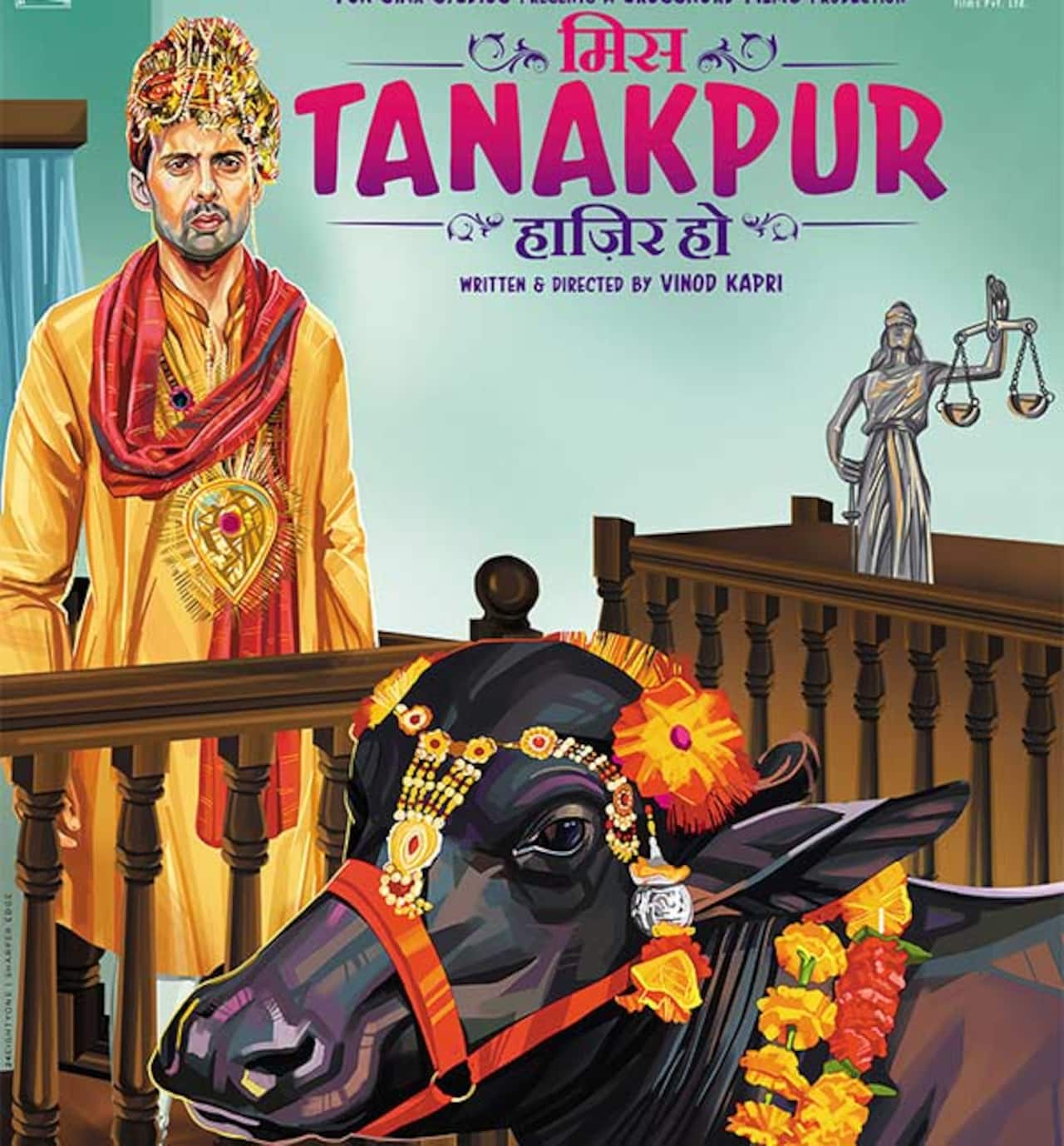 The poster speaks about its satirical feel...

Miss Tanakpur Haazir Ho is a quirky title of Fox Star Studios next satire. The poster of the film was released recently and it definitely looks wacky. A buffalo and a groom in a court room...quite a combination we must say! Also Read - Pathaan star Shah Rukh Khan-Salman Khan to Ajay Devgn-Karan Johar: A look at the MOST nasty celeb feuds in Bollywood

Directed by Vinod Kapri, the film is a love story from Tanakpur which gets a political spin. Sulal Gandas, played by Annu Kapoor, is one of the Pradhans who uses his powers pretty well for his own gains. He uses his power to keep the Police and the law of the land in his hands. So when his dreamy and much younger wife Maya, played by Hrishita Bhatt, falls for the young lad from the village Arjun (Rahul Bagga of Mastram fame), he decides to get even by accusing Arjun of raping Miss Tanakpur. Also Read - Bigg Boss 16 star Abdu Rozik, Neha Sharma, Farhan Akhtar and more Bollywood celebs AWKWARD pictures will make you go ROFL