Revealed: The plot of Ranveer Singh and Vaani Kapoor's Befikre through these 5 posters!

A picture speaks a thousand words..but in this case it's much more than that

The Befikre posters are scorching up the heat one poster at a time. We can’t think of any other campaign that had so much of excitement and buzz around it. The very first time we lay our eyes on the introductory poster of Befikre we could tell this one will be different. And the production house didn’t disappoint. Ranveer Singh and Vani Kapoor have kept the flame of their intense sex appeal alive and burning through five posters. But if you look closely and study this artwork depicting two extremely good looking people going at each other you can perhaps get a sense of what the story of the film would be like…. Also Read - Tiger 3: Emraan Hashmi joins Salman Khan-Katrina Kaif in Turkey putting an end to all the speculations about his role in the action entertainer

The first meeting. There is mystery around these two characters. But despite not knowing much about each other, the two of them feel a certain fire between them. They embark on a passionate romance. How passionate? The French kiss on the poster is the answer. “Who cares” written on the Vaani’s cap is foreshadowing to the carefree passionate love up next! Also Read - From Anushka Sharma-Virat Kohli’s daughter Vamika to Kareena Kapoor-Saif Ali Khan’s son Jeh: First glimpse of star kids fans are eagerly waiting for 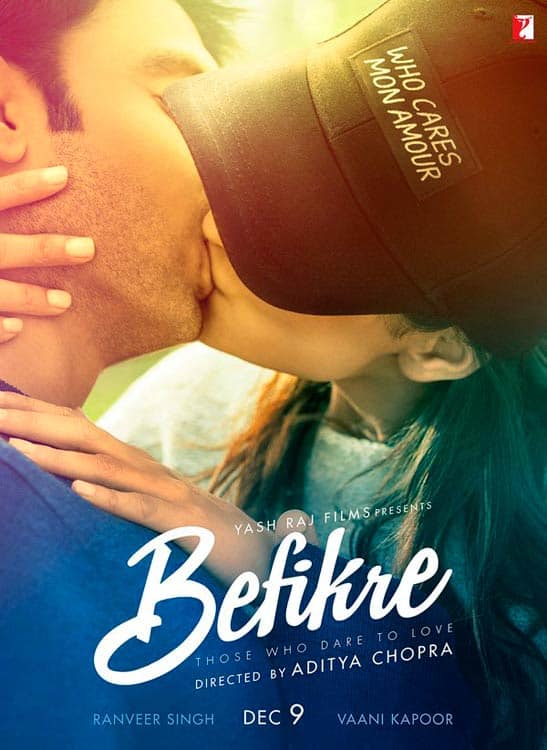 The second poster takes you further into the story. The hot kiss on a rooftop in the City of Love, Paris- that is every hopeless romantic’s dream come true. In the background is the signature Eiffel Tower that is as hard to miss as their sizzling chemistry. Notice how touchy feely Ranveer gets on the poster. He’s all frisky and we can’t help but love it! Also Read - From Virat Kohli-Anushka Sharma to Rani Mukerji-Aditya Chopra: Celeb couples who surprised fans with their hush-hush marriages 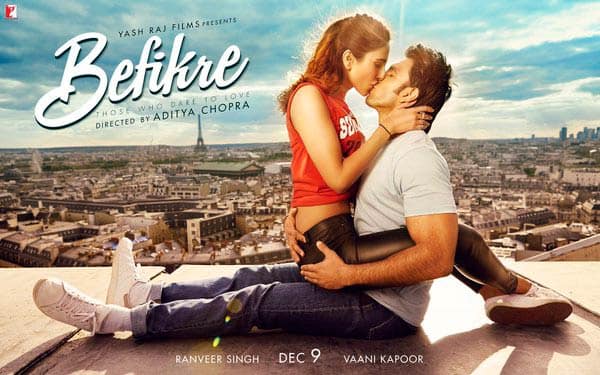 What’s a Bollywood love story without a dance sequence? All decked up, these two go out to what looks like a Moulin Rouge-ish night club with Can Can back up dancers. After the dance sequence they realise they have strolled so far on the road that there is no going back. 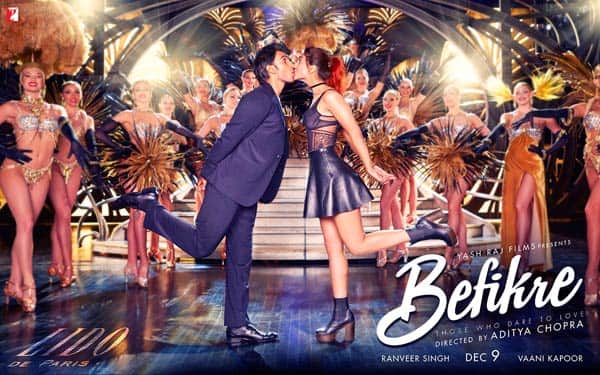 The fourth poster is all about losing control. The PDA in the poster tells clearly that Ranveer and Vaani’s Befikre attitude is taking over them. And dayum… that sneak peak at the hero’s chiseled body is raising the temperature. Definitely a lot of shirtless scenes are in store. 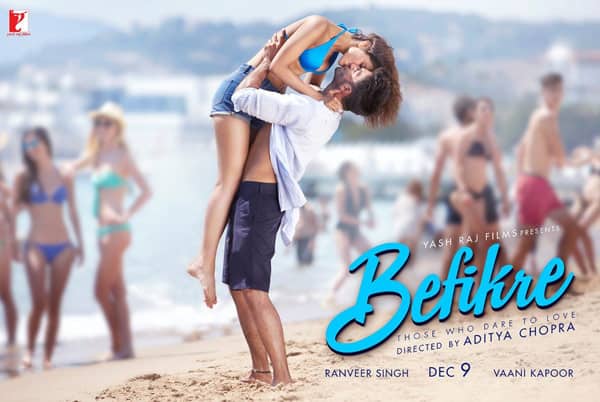 The latest but not the last in the series has Ranveer and Vaani go at it even when they are giving us the signature romantic pose. This time the setting is the scenic French Riviera and it’s absolutely breathtaking. Don't fail to notice how with every poster, more than the kiss, the embrace is gets more passionate than the last. These shades of blue in the backdrop are literally screaming out and telling us that Befikre will easily be the hottest release to come out in a long time.Bring it on Ranveer and Vaani, we can’t wait to see where this love story goes next…. 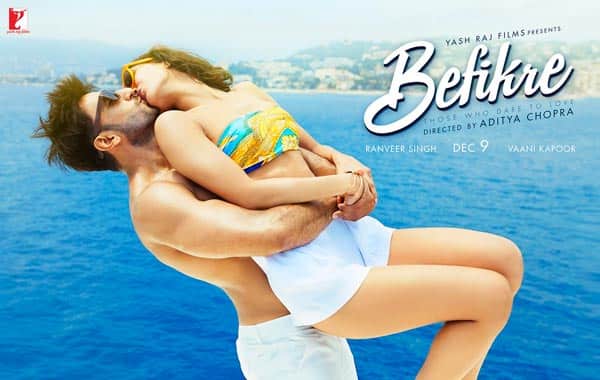