Revealed: The woman behind Priyanka Chopra's flawless look as Kashibai in Bajirao Mastani!

PC's look has been appreciated to the utmost from the recently released teaser. Read on to find out how her Kashibai look was put together...

Wow! Stunning! Beautiful! Brilliant- these were the instant reactions we heard in response to the first look of Sanjay Leela Bhansali's Bajirao Mastani that was out yesterday. Also Read - Deepika Padukone's Padmavati starts rolling on a musical note!

While Ranveer Singh’s act as Peshwa Bajirao looks interesting, Deepika Padukone as Mastani is beautiful. But it is Priyanka Chopra’s Kashibai avatar that stands out like a vision in this 2-minute teaser. She plays a traditional Maharashtrian woman and I think Ms Chopra justifies every bit of her character right from the make-up to the saree to that typical desi expressions. Did you know? Bhansali specifically made an extra effort to perfect PC's look in the film. Yes, that's right! Also Read - IIFA Awards 2016 LIVE: Priyanka Chopra's melodious singing will leave you AMAZED - watch video! 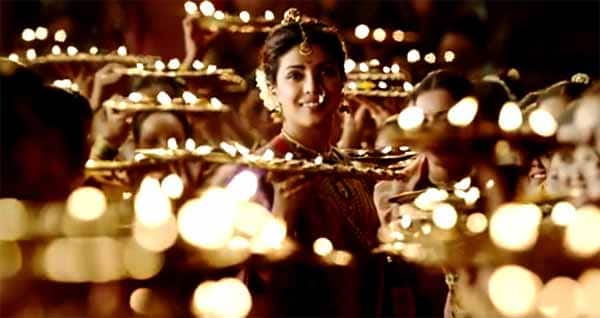 Also Read - Bajirao Mastani and Befikre have set Ranveer Singh APART from the rest of the actors, suggests trade expert!

Instead of depending only on the stylists, SLB contacted a 50-year old woman from Pune, fondly known as Asha Tai to dress up PC as Kashibai. Reveals a source, "This Maharashtrian lady runs a small clothing business in Pune. When Bhansali got to know about her he went to meet her and felt that she would be the perfect person for this job."

As per reports, Asha Tai started preparing for PC's looks much before Bajirao Mastani went on floors. In fact, she also helped Priyanka with her Marathi diction. An official spokesperson from the film further confirmed, "Asha was hired to get the desired look for Priyanka's character in the film. She was with her all through the shooting schedule."