After Bollywood actor Sushant Singh Rajput's death, Rhea Chakraborty got entangled in a sever controversy that also led her to jail in a drugs case.

Sorry, Rhea Chakraborty, we live in a world where anything and everything is blamed on a woman! And you are doing a commendable job of fighting back. However, the trolls won't make it easy for you. The Chehre actress was spotted outside her gym trying to lead her life normally after losing the love of her life Sushant Singh Rajput. Rhea was spotted outside the gym and she even happily met and greeted the paparazzi who were there to get her captured on their cameras. But the trolls weren't very happy to see her and they attacked her with nasty comments. Many called her gold bigger, and more. Also Read - Kylie Jenner steps out as a perfect biker-babe with boyfriend Travis Scott; greets fans and makes their day [View Pics] 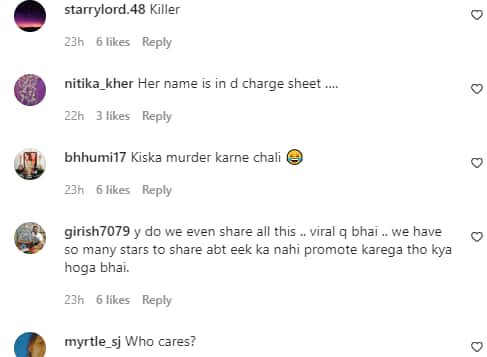 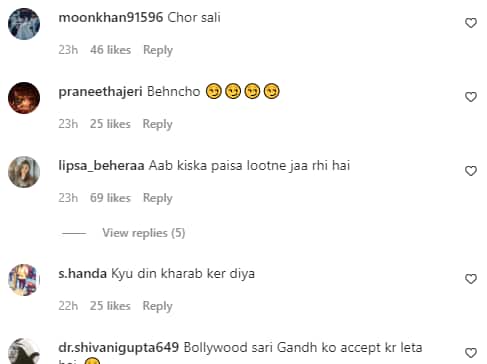 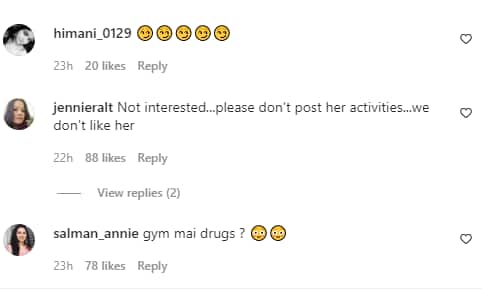 Also Read - Koffee With Karan 7: Taapsee Pannu says her s*x life isn't interesting enough to be on Karan Johar's show; 5 times the actress created a stir with her controversial statements

After Bollywood actor Sushant Singh Rajput's death, Rhea was allegedly blamed by his family of abetment of suicide and more. The girl was even jailed by the NCB in the drugs case related to Sushant. While Rhea kept her mum throughout these two years and she recently spoke about the constant allegations against her by Sushant's fans, family and more. Also Read - Laal Singh Chaddha: Aamir Khan felt adapting Forrest Gump was like remaking Mughal-a-Azam and Mother India; asked Atul Kulkarni, 'How DARE you?'

She had said to India Today, "It is a witch hunt. You are a girl and he was a bigger star so it means that you manipulated him. Kisi ne to mujhe Vish Kanya bhi bulaya hai, kissing kaha main black magic karti hoon (someone calls me a poison girl, someone said I do black magic). Why? Just because I had a partner who had some problem and I sought medical help for him?... I am just a girl who loved a boy. That is the truth. I am broken but I will fight on. Despite all this, I cannot ever regret loving him".

Rhea often leaves Sushant's fans teary-eyed by sharing unseen pictures with him on his birthdays and death anniversary. The girl deserves to live her life normally.