As Dilip Kumar passed away on Wednesday, Abhishek Bachchan took to his Instagram and bid the Karma actor an emotional goodbye. 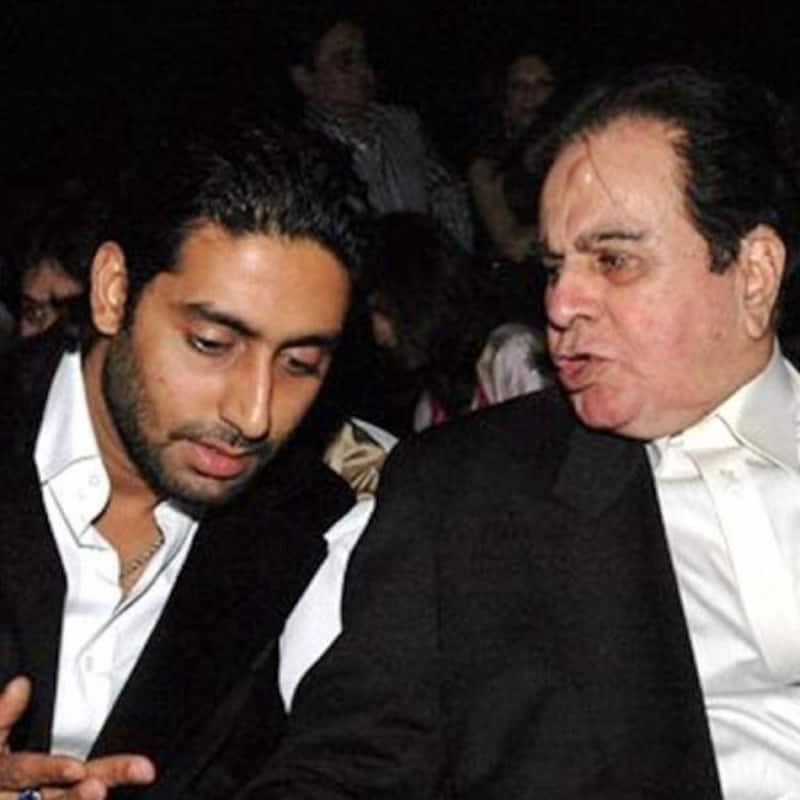 The legendary actor of Bollywood, Dilip Kumar passed away yesterday and we saw several stars from the country paying tribute to the thespian on social media, Abhishek Bachchan shared an emotional note remembering the Karma star and revealed how he lost an opportunity to share screen with him in his supposed to be first film Aakhri Mughal. Also Read - Upcoming new movies and web series this week: Amitabh Bachchan-Rashmika Mandanna starrer Goodbye, Madhuri Dixit film Maja Ma and more

Sharing his pic with Dilip Kumar, Jr Bachchan wrote, "My first film was to be “ Aakhri Mughal “. Dilip sahab was to play my father in the film. I clearly remember my father telling me that it took him over a decade to have the honour of sharing screen space with his idol. And here I was given that opportunity in my debut film. He told me to cherish this opportunity and to learn and observe as much as I could by watching the master at work. A film in which I get to work with my idol’s idol!! How lucky was I? Sadly the film never got made and I never had the honour of being able to say that I've been in a film with the great Dilip Kumar Ji." Also Read - Goodbye actress Rashmika Mandanna stuns in a bewitching saree as she joins Amitabh Bachchan, Navya Naveli Nanda for noble cause [View Pics]

He added, "Today, an entire era of cinema came to an end. Thankfully many generations will be able to watch and learn but most importantly enjoy and respect the immense talent of Dilip sahab through his movies. We thank you for blessing us with your work, wisdom, talent and love. Rest in peace. My deepest condolences to Saira Ji and the family." Also Read - Jaya Bachchan makes a shocking revelation about Amitabh Bachchan; reveals he doesn't like her friends visiting their home