RIP Lata Mangeshkar: Kumar Sanu in shock; says, 'I feel like I have lost my mother'

Lata Mangeshkar's death has left everyone shocked. Kumar Sanu expressed grief and recalled the memories he shared with the late singer. 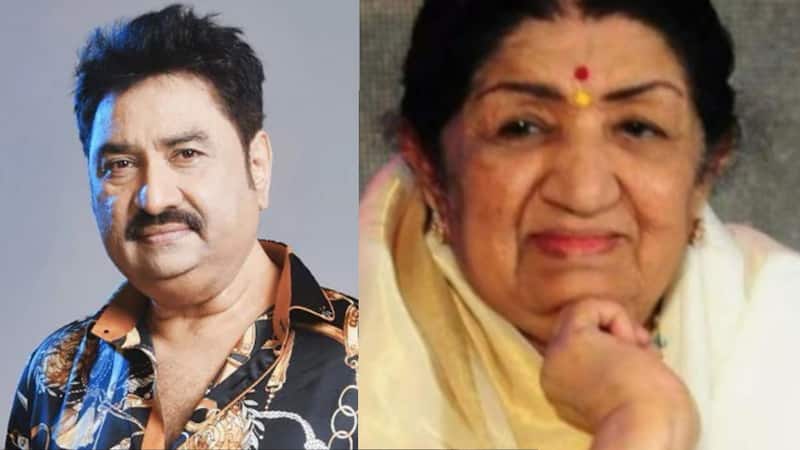 India's one of the most prolific singers Lata Mangeshkar is no more. She passed away at Breach Candy hospital in Mumbai. She had tested positive for Coronavirus. It was just yesterday that the doctors had shared an update about her health being critical. As the news of Lata Mangeshkar's death hit internet, social media is abuzz with fans expressing sorrow. Singer Kumar Sanu too has expressed grief. Talking to a news channel, Kumar Sanu stated that he feels he has lost his mother. Also Read - Uorfi Javed, Mandar Chandwadkar, Shah Rukh Khan and more celebs who became victims of death hoaxes

Talking to the channel, Kumar Sanu mentioned that he knew that Lata Mangeshkar is in the hospital, however, he did not expect to come down to this. He further went on to say, "Lata ji nahin hain. Aisa lag raha hai ki Maa nahin hai.. (Lata ji is no more. It feels like my mother is not there)." He further stated that he has sung a lot of songs with her which became very popular and he got to learn a lot from her. Remembering the first recording with Lata Mangeshkar, he said, "First recording Naya Saawan, she sang standing next to me. I was scared and nervous. but she encouraged me. And then we sang a lot of songs." Also Read - KK, Sidhu Moose Wala and more; music industry has already lost these gems in 2022

Prime Minister Narendra Modi also expressed grief on Lata Mangeshkar's death. He tweeted, "I am anguished beyond words. The kind and caring Lata Didi has left us. She leaves a void in our nation that cannot be filled. The coming generations will remember her as a stalwart of Indian culture, whose melodious voice had an unparalleled ability to mesmerise people." May her soul rest in peace. Also Read - Internet sensation Kili Paul attacked by 5 men; reveals frightening details