Neetu Kapoor took to Instagram to post a photograph of herself along with Rajkumar Hirani and RishiKapoor, who is undergoing medical treatment here since last year and their smiles say it all really! 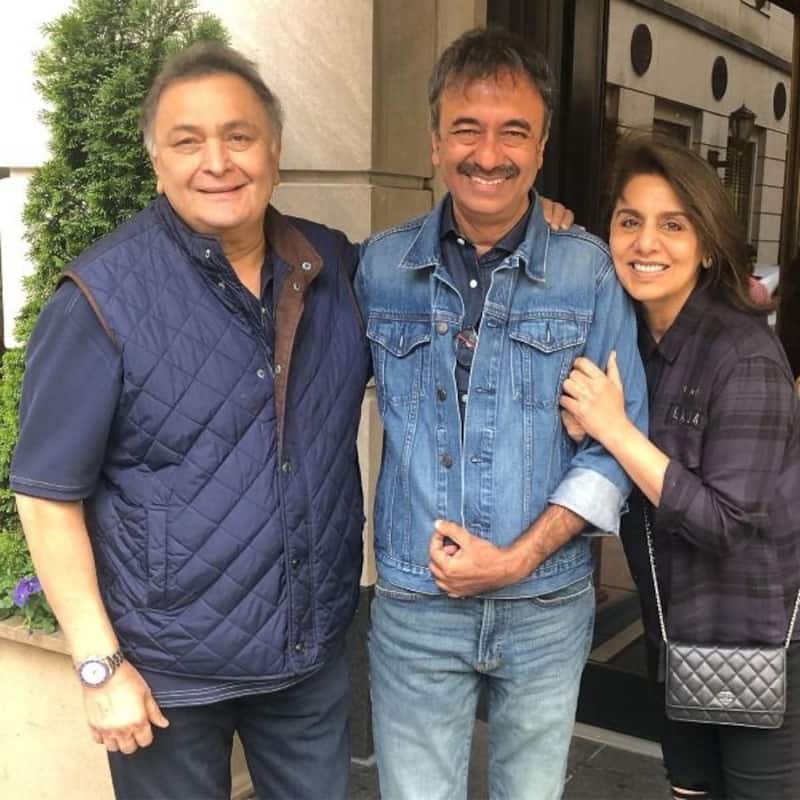 Rishi Kapoor and Neetu Kapoor are currently in the United States where the veteran actor is undergoing treatment for cancer. Before taking off, he had informed his followers on Twitter in the last week of September 2018, that he was going for treatment and urged people not to speculate. Some portals had reported that Rishi Kapoor was suffering from blood cancer. While none of it was confirmed, recently Rishi Kapoor not only opened up about his battle against the deadly disease but also shared the good news of him being now cancer-free.

It so happened that recently, filmmaker Rajkumar Hirani met Rishi and Neetu Kapoor in New York and discussed about movies. Neetu on Saturday took to Instagram to post a photograph of herself along with Hirani and Rishi. "We both love and admire Raju, so we're super excited today! Spent so many hours discussing and talking movies. Exhilarating. Great director," she captioned it. Check out the picture here. Also Read - Dunki: Taapsee Pannu on pictures from the sets being leaked; REVEALS Shah Rukh Khan, Rajkumar Hirani’s shocking reaction

Rishi Kapoor had earlier revealed that he will undergo a bone-marrow transplant and other regulatory checkups before returning home. He also credited wife Neetu who never left his side and Ranbir and Ridhima. "I will have to do a bone-marrow transplant which in all probability should take another two months minimum. Being in remission is a big thing and it’s all because of my family and my fans' prayers and duas that have worked. I thank them all. Neetu has stood by me like a rock. Otherwise, I am too difficult a person to handle as far as food and drink are concerned. My kids Ranbir and Ridhima have really shouldered my problems." Stay tuned to BL for more updates and scoops!