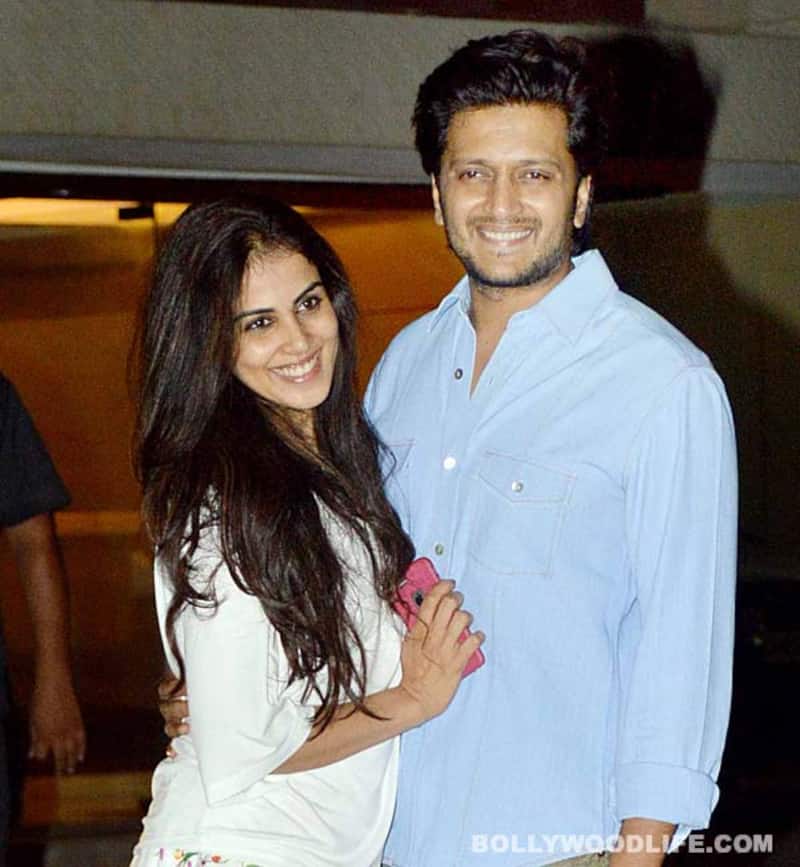 The Bangistan actor tweets about his excitement to see his wife on the silver screen again...

ActressGenelia D'Souza is excited to be back in front of the cameras after taking a break from acting post her marriage to Riteish Deshmukh in 2012. But, her husband is more happy about her comeback and says Genelia is born for this. Also Read - It’s AWKWARD! Ranbir Kapoor, Alia Bhatt, Hrithik Roshan and more celebs who don't want you to see their clumsy moments

“On my way to shoot. Excited as hell. Been 3 yrs since I last shot but I have a feeling it's going to be a Good Good Day,” the actress, who has starred in movies like Jaane Tu Ya Jaane Na and Tere Naal Love Ho Gaya in the past, tweeted. Also Read - Brahmastra to Mahabharat; upcoming trilogies in Bollywood that promise to shatter box office records [Watch Video]

Riteish shared his wife's tweet, and added: “It's going to be a Greatt Day - you were born for this.” Also Read - Queen Elizabeth II dies at 96: Kareena Kapoor Khan, Anushka Sharma and celebs react to the demise of the longest-serving monarch of the UK