Riteish Deshmukh, Genelia D'Souza to have a Maharashtrian wedding 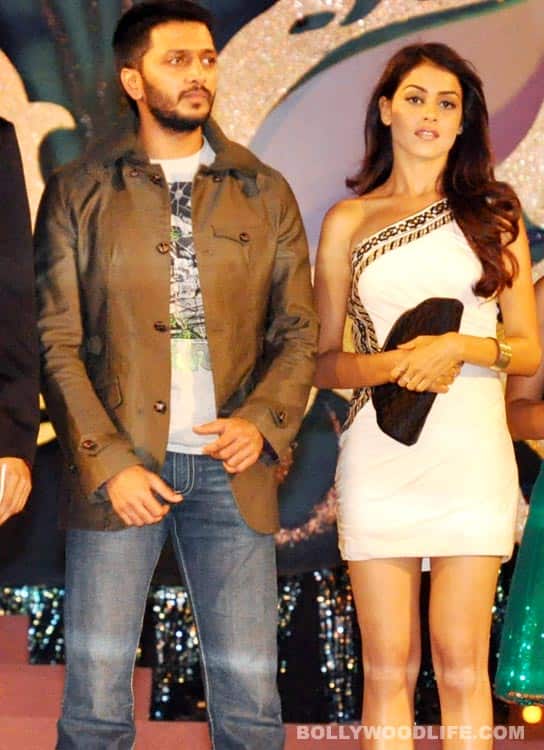 But that’s not what the bride-to-be had in mind. The Force actor wanted to walk the aisle on the big day

Ever since Riteish Deshmukh and Genelia D’Souza admitted their eight-year-long relationship there have been constant speculations about their wedding plans. The Tere Naal Love Ho Gaya couple said it would happen sometime in 2012 but did not confirm the date. However, our birdie says the two actors’ families have agreed on a February wedding and the wedding will take place in a traditional Maharashtrian way. So obviously both Riteish and Genelia are running helter-skelter to wrap up work before the wedding. Though the birdie reveals the bride-to-be is slightly disappointed with the big day plans. Being a Christian, the Force actor dreamed of donning a white gown and walking down the aisle in a church for her wedding. However, now she will dress in a traditional Nawari saree, sport a nath (nose ring) and mundavalya. She is staying optimistic, however, and said in a recent interview, “At the end of the day however, what matters is who you marry and not how.” Aww, cho chweet! Now we know why Riteish is head-over-heels in love with his sweet co-star. By the way, even before the couple acknowledged their relationship they were often spotted together in public places. When they were seen together for the first time after their announcement at a coffee shop, they still maintained their composure just the way they have always done. It seems the wedding ceremony is only for the world, in their hearts and minds they are already Mr & Mrs Deshmukh! Also Read - Chori Chori Chupke Chupke: Before Katrina Kaif and Vicky Kaushal, these Bollywood couples were caught visiting each other's homes