The trailer is of John Abraham's Rocky Handsome is finally out and we have to admit it is simply SPECTACULAR. 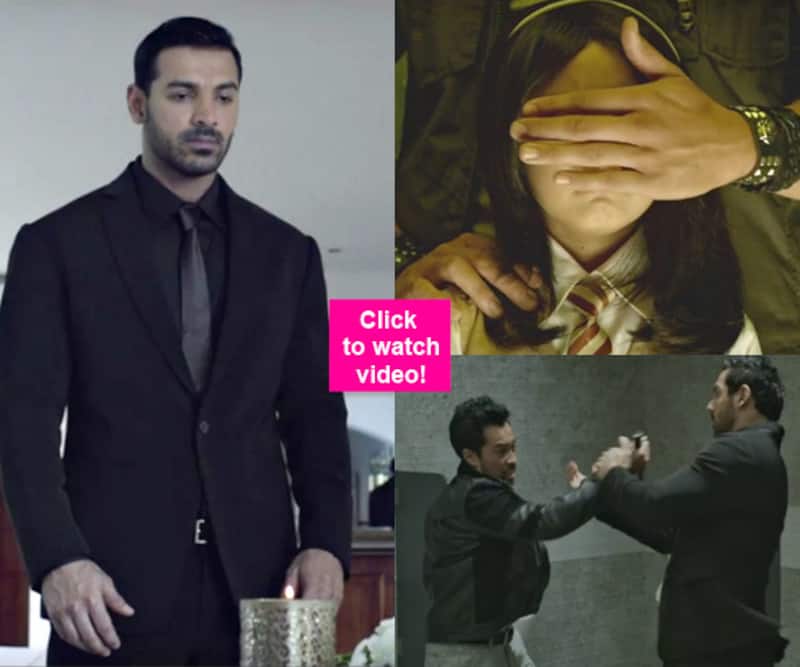 You don't want to mess with a man who is already wounded...

John Abraham's Rocky Handsome had peaked our interest just right with its posters. The smiley on the nails was a constant in all of them which was enough to give you the chills because rest of the poster is dark and intense. The trailer is finally out and we have to admit it is simply SPECTACULAR. Also Read - Trending South News today: Shruti Haasan talks about battling PCOS-endometriosis, R Madhavan trolled for getting Indian Twitter users wrong and more

The trailer shows the story completely. It begins with the soothing romantic track between John and Shruti Haasan's Rehnuma which gets an abrupt end with a sombre John standing in front of a picture which isn't shown to us. We are pretty sure it's the actress' picture. The trailer then moves to John meeting a little kid which is perhaps the only sunshine in his life but when she gets abducted, he sets loose hell on earth. John as the crossed man is so convincing that you feel like reaching out to him instantly when another loss looms in the horizon. Also Read - Ek Villain Returns Trailer: Netizens aren’t happy with Arjun Kapoor’s casting; Disha Patani’s hot avatar grabs attention [View Tweets]

But it is Nishikant Kamat, the director, as the villain who will catch your eye more. When you direct films like Force and Drishyam, you develop a certain intensity it seems because he didn't look uncomfortable mouthing some cool villainous dialogues. Check out the trailer video to know what we are saying. Also Read - Ek Villain Returns Trailer: Intense action between Arjun Kapoor and John Abraham will leave you gripped; Disha Patani and Tara Sutaria add new twist