Rogue One: A Star Wars Story teaser trailer: If you are a very die-hard Star Wars junkie, this promo might INTEREST you!

...and if not, then this Felicity Jones film can make you say 'meh'! 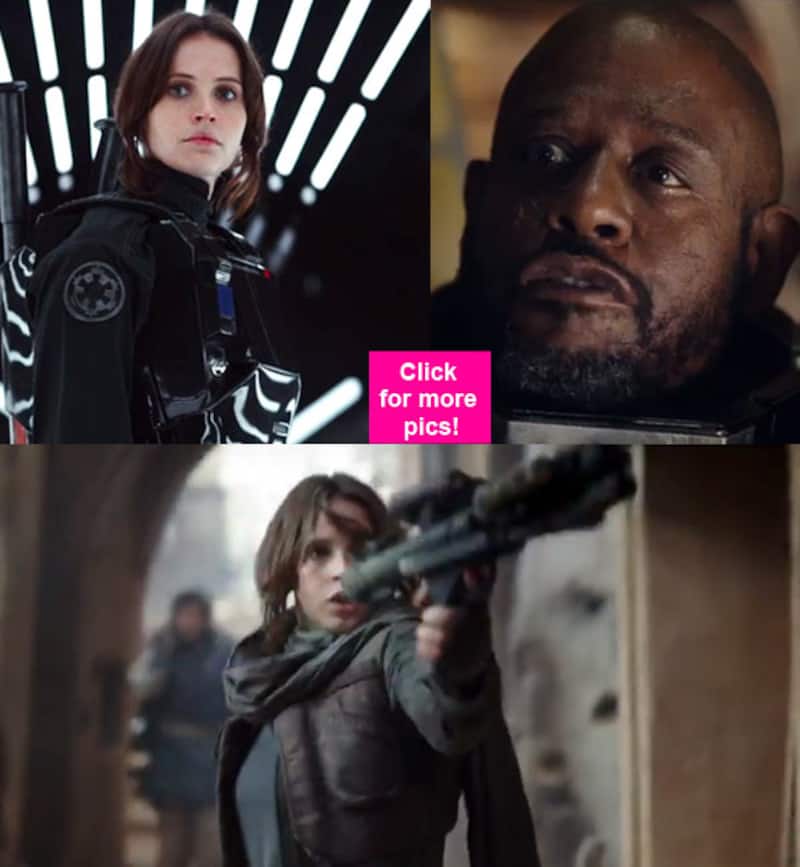 The new spin-off is directed by Gareth Edwards.

Say what you want about Star Wars VII: The Force Awakens, I personally loved the movie and feel it was a right follow-up to the much revered Star Wars franchise. There have been people who have been screaming that the film doesn't hold a candle in front of the beloved franchise. To those people, let me hold a mirror and ask you - how many Star Wars films were actually good? Also Read - Diego Luna to reprise his role as rebel spy Cassian Andor in a new Star Wars series

The prequels sucked big time, and even in the original trilogy, only the first (A New Hope) and definitely the second (The Empire Strikes Back...easily the best) are the worthwhile ones. The Return of Jedi ruined everything by bringing in Ewoks to appease the kids then. So in that case, The Force Awakens, for me, is the third best Star Wars entry nearly beating The Return of The Jedi. Also Read - Rogue One movie review: Darth Vader and a terrific third act are enough to make you love this Star Wars spin-off

The eight episode of Star Wars will release only in 2017, but if you can't wait till then...don't worry! The Disney Studios and Lucasfilm have a spin-off just for you so that you can satiate your sometimes unreasonable love for the franchise, while the studios make more money out of your fandom! Also Read - Twitter is going crazy over Rogue One and the reactions are making us excited for December 16

The first teaser is out...and it is, well, strictly okay! I mean, I can't make neither head nor tail out of the trailer. By the looks of the promo, the film follows Mad Max: Fury Road and the previous Star Wars film's ideology in having a female lead once again in Jyn Erso (Felicity Jones), a space pirate. I also think she gets coaxed to do something about the Death Star. We also get to see glimpses of Forest Whitaker, Diego Luna, Ben Mendelsohn, Donnie Yen, but have no clue what exactly is happening as Stormtroopers and droids shoot everything in sight!

Perhaps this is exactly what the director Gareth Edwards intends, as he is the man who directed the grim, visually aesthetic Godzilla, the 2014 film, that only had the beast for around 10 minutes!

Watch the trailer here and let us know what you feel...the film is releasing on December 16, 2016.

As for our reaction, here it is...