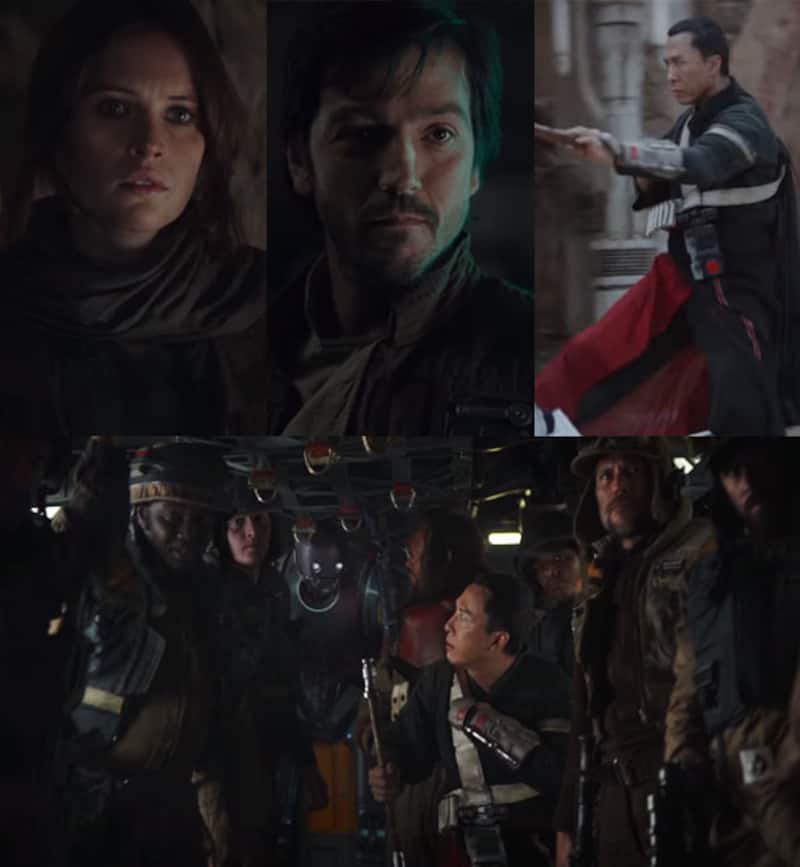 The film is directed by Gareth Edwards who gave us the 2014 reboot of Godzilla.

Star Wars spin-off, Rogue One - A Star Wars Story, hits the theatre at the end of this year, thereby offering a big competition to Aamir Khan's Dangal. Also Read - Hungama 2, Narappa, 14 Phere, Feels like Ishq and more movies and web series that are releasing on OTT this week

Many have been blown away by the first teaser, though admittedly, I was not one of the fans of that. I felt the teaser lacked the Star Wars spirit, and I felt Gareth Edwards' subtle approach doesn't suit the lightsaber-addicted franchise (I wasn't much of a fan of his work with the Godzilla reboot, either). However, there are a few occasions that I get wrong, when it comes to my intuition about the movies, and in the case of Rogue One, it feels like that rare case. Also Read - Respect trailer: Oscar winner Jennifer Hudson dazzles as the 'Queen of Soul' in the Aretha Franklin biopic

'Cos the new trailer simply blew me away! It may not be like any Star Wars film I have seen before, even though it has Stormtroopers, Death Star and Darth freaking Vader, and yet this could be the Star Wars film this generation needs to see. Sure, I liked Star Wars: The Force Awakens, but it was too much of a rehash of the good points of the previous films. This is a story where the makers are attempting something new, as Felicity Jones' Jyn Erso and her motley crew, played by Diego Luna, Forest Whitaker, Donnie Yen (who gets one badass scene in the trailer), Riz Ahmed (awfully shortchanged here) and an android voiced by Firefly's Alan Tudyk, are on a mission to steal the Death Star plans. Also Read - Vidyut Jammwal recognised as one of the world's leading martial artists alongside Jackie Chan, Bruce Lee, Chuck Norris by Google

Watch the trailer here and don't miss out on the last scene!