The trailer boasts some very impressive visuals, and action set pieces, be it the space faring fights or a blind Donnie Yen taking on the enemies like a badass. 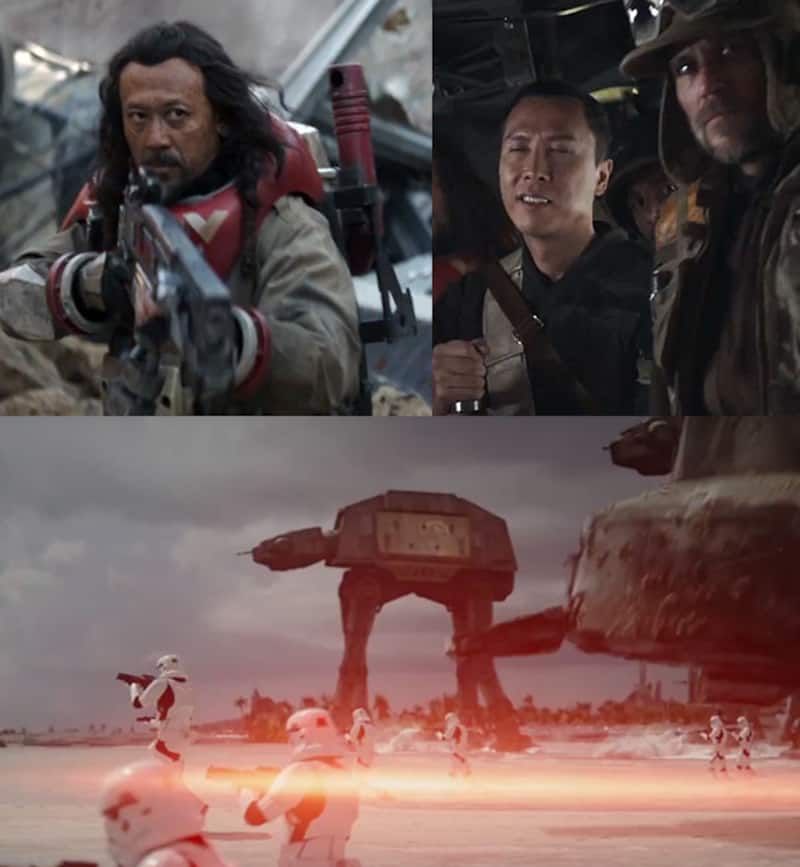 Aamir Khan beware! Your Dangal is going to get affected by the Force. For Rogue One: A Star Wars Story is is just around the corner and there is no stopping the Dark Side. After getting mesmerised by the seventh instalment of the Star Wars franchise, Disney is all set to give us a spin-off based on the intergalactic saga. Rogue One, for a change, will not revolve around the iconic characters of Luke Skywalker, Princess Leia, Han Solo, R2D2, C3PO, Chewbacca, instead it will focus on newer characters we have not seen in the movie franchise before. But yes, we won't count out on cameos from these known figures. However, Darth Vader, possibly the most iconic villain of all time, will be making his presence felt here. Also Read - Ajay Devgn to Shilpa Shetty: Bollywood celebs who became victims of robbery

We just got a new trailer from the makers that show how a band of ragtag players. led by Felicity Jones' brave Jyn Erso, is conducting a secret mission to steal the plans of Death Star. If you are a Star Wars geek, you would know that Death Star has a very important place in the SW folklore - it was one of the most powerful spacecraft ever built. Captained by Darth Vader, it had the power to destroy an entire planet, as it did with Princess Leia's adopted planet in the first Star Wars movie. So of course, who wants such a ship to be built? Going by the trailer, it looks like it was Jyn Erso's father, played by Mads Mikkelsen, who was taken away to build that ship. So she was hired by the rebel force to steal the plans with a unit that she had formed, consisting of characters played by Diego Luna, Donnie Yen, Forest Whitaker and an android voiced by Alan Tudyk. But of course, Darth Vader is not the only villain here, as there is Bloodline's Ben Mendelsohn playing a despotic Director of Advanced Weapons Research for the Imperial Military. Also Read - Trending OTT News Today: Bob Biswas actor Abhishek Bachchan reveals Shah Rukh Khan's best quality, The Book of Boba Fett's new promo is electrifying and more

The trailer boasts some very impressive visuals, and action set pieces, be it the space faring fights or a blind Donnie Yen taking on the enemies like a badass. Here's the trailer... Also Read - Squid Game makes money equal to Avengers level box office collections; leaves Money Heist, Bridgerton or any other Netflix show in history far behind

Rogue One is scheduled to release on December 16.