From Aryan Khan, Ahan Shetty, Ishaan Khatter to Sara Ali Khan and Janhvi Kapoor, there are numerous star kids who are popular on social networking sites and apps. But, a few of the lot have not made their social media debut yet. It seems they are waiting for the right to arrive and we hope that moment arrives soon. Just like you, we too couldn't identify quickly which of the Bollywood star kids aren't on any of the social networking apps, as most of them have marked their presence already. After an hour or so of digging deep, we finally managed to list down 5 celebrity kids who are yet to give us a peek into their social lives and they are...

From Aryan Khan to Ahan Shetty, here are the Bollywood star kids who keep us hooked to Instagram

Aarav is often spotted with his parents Akshay and Twinkle Khanna at various outings but it seems the 16-year-old has not been very keen on joining social media. But, let us tell you Aarav, we are eagerly waiting for your debut, so that we can stalk your Instagram handle as well as we do of some or the other celeb every week. Also Read - From Shah Rukh Khan's son Aryan to Bobby Deol's son Aryaman: 5 star kids we want to see make Bollywood debuts

Taller than me, smarter than me, wealthier than me, nicer than me! My wish for you this year and always will be to have everything more than I ever had ❤️ Happy birthday Aarav ??

Aamir Khan's son from his first wife, Junaid Khan, is spotted here and there once in a blue moon. Guess, the 25-year-old doesn't like to come in the public eye and is probably taking time to make up his mind about joining the social networking sites. 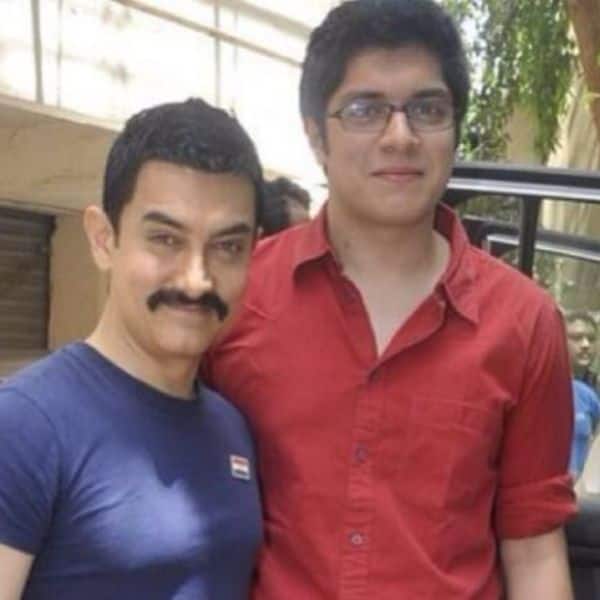 Sushmita's elder daughter, Renee, is a pretty 19-year-old. Not spotted often in the public, we do get a glimpse of Renee thanks to her mother's Instagram account. Don't you think Renee should join the social media brigade soon? We do feel so.

We are #Eighteen ?????❤️??A night of #epiphany ❤️ my petite #firstlove turned #18yrsold yesterday as I turned 18yrs old as a #maa ???❤️what a journey it's been!!!!❤️Happyyyyyy Birthday My beautiful Renée Shona, welcome to being an Adult!!!! ???❤️?May God always fill your life with great health, happiness and courage, may you saunter through life in those #stilettos in great balance!!!??❤️ bring it on Renster!!!????❤️I love you..beyond!!!! Maa❤️??#cheers ???

Yes, Aryaman is the one who broke the internet on his father's birthday because of his good looks, good looks and good looks. The 16-year-old immediately became everyone's favourite and some even termed him as the lookalike of his grandpa, Dharmendra. Amidst all of this happening, we searched for his social media account but found none. Which now makes us wish that Aryaman joins social media soon as well.

If that’s how it feels!! Being 49 was amazing .. 50 is going to be even better ... I reminiscence the life experiences I have been through and how they have made me grow as an individual. I take the same opportunity to remember the amount of love that all of you dear to me have given me. It is this love that is my strength which keeps me going. My son is symbolic to this change. Finding a friend in his young father. I hope to continue living my life happily with all of you loved ones. I have turned 50 but I’m still always going to be the twenty something young adult all set to win the world. - Love Love Love to all ??

Mizaan Jaffery has been gearing up for his Bollywood debut for a while now and he is finally doing a film with Boney Kapoor's daughter, Khushi, which is backed by Karan Johar. Having said that, we are looking forward to his social media debut too. We hope Mizaaan you are listening. Shouldn't these star kids join at least one of the social networking sites soon? Agree with us? Tweet your views @bollywood_life.