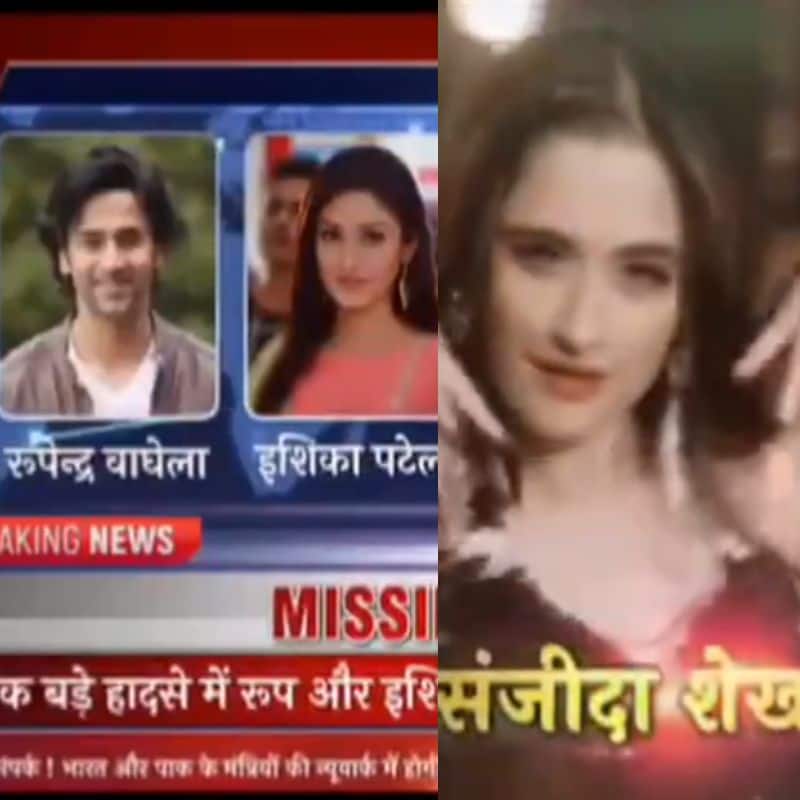 Colors’ popular daily soap Roop is going to have a major drama in the upcoming episodes. The show recently took a time leap after which TV actors Shashank Vyas and Donal Bisht entered the narrative as the new leads. Now in the upcoming track, the makers are planning to introduce a major track. Roop and Ishika played by Vyas and Bisht respectively, will go missing from the show. Not just this the makers have something more for the viewers. The upcoming track will also see various popular celebrities coming in for a cameo. The first one to come in is TV actress Sanjeeda Sheikh. The extremely beautiful and popular Sheikh has been off cameras since some time now. Her last daily Love Ka Hai Intezaar, didn’t fare well. The actress would have a guest appearance in the program which is helmed by Rashmi Sharma productions. Also Read - Trending OTT News Today: Aashram actress Aaditi Pohankar gels with Aaditya Thackeray, The Girl from Plainville release date out and more

Sheikh would be performing on the track Kamli from Dhoom 3. Have a look at the promo to raise your excitement level. Also Read - Hina Khan, Shama Sikander, Adaa Khan and more TV hotties who got culture-shamed for posting pictures in bikinis

It seems, Sheikh is the new cameo queen of TV. Recently she also performed for Star Plus’ Ganesh Chaturthi special episodes. Coming back to the show, Roop and Ishika will be out for a picnic along with their friends. Roop will be planning to propose Ishika however, before they could have that moment, they would go missing. Also Read - From Rupali Ganguly to Karan Kundrra: Net worth of these 7 TV actors will leave you stunned

Are you excited for the upcoming episodes? Stay tuned to BollywoodLife for more interesting updates.