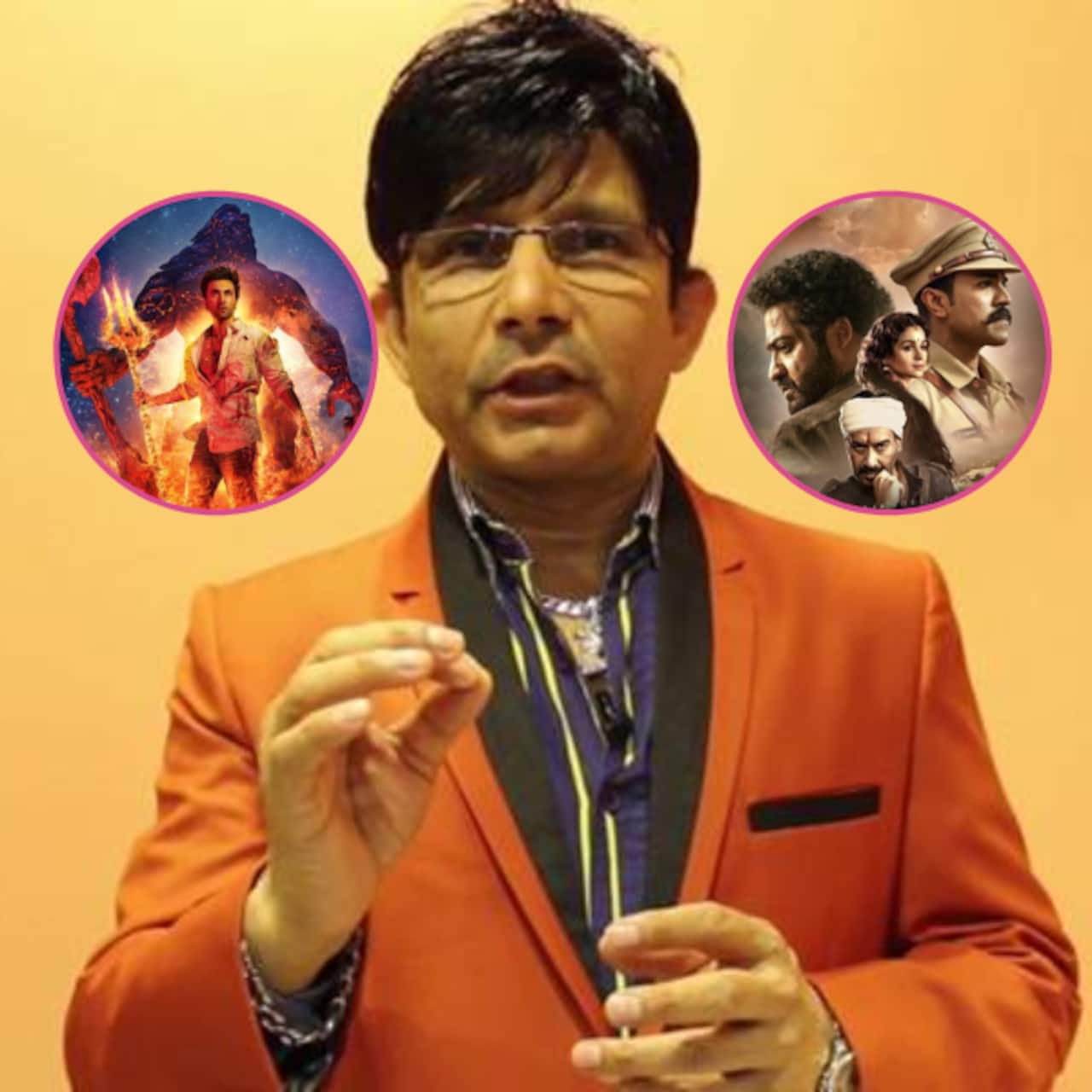 Kamaal R Khan aka KRK has yet again taken another shot at the big Bollywood films of 2022, RRR and Brahmastra. A in series of tweets, KRK claimed that the producers of SS Rajamouli film RRR and Alia Bhatt and Ranbir Kapoor starrer film Brahmastra lost their money. Kamaal R Khan is known for his tweets, film reviews and tweets. KRK often takes to his Twitter handle and dishes out his opinions on Bollywood, films and their businesses. The tweets are often shocking and create a stir on social media and that is what has happened even now. KRK listed down 5 disaster films of Bollywood. Also Read - Pathaan: KRK takes a nasty dig at Aamir Khan over Shah Rukh Khan film's box office success; gets badly slammed by the superstars' fans 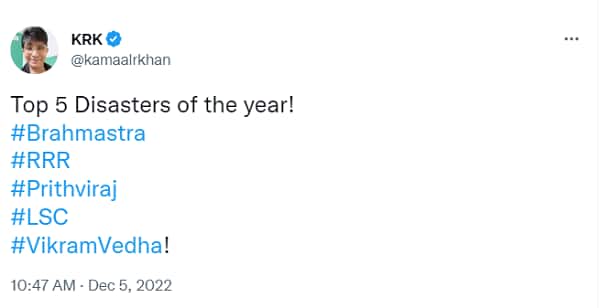 Contrary to the reports of Brahmastra being a huge blockbuster, Kamaal R Khan claimed that his sources revealed to him that Karan Johar tried to commit suicide after Brahmastra suffered losses. KRK also claimed in his tweet that the source informed him that Reliance head Mukesh Ambani gave him a loan of Rs 300 crore. Karan is yet to react to his claims. Meanwhile, KRK's tweets are going viral in Entertainment News.