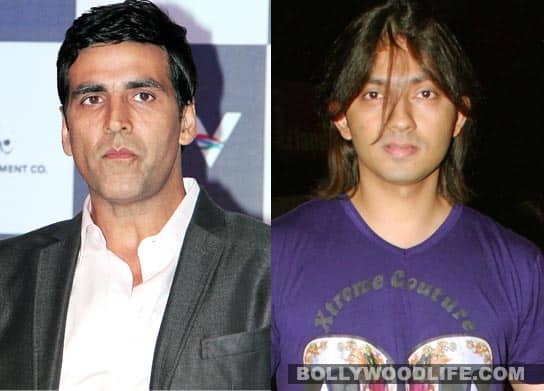 Shirish Kunder’s ambitious 3D film has been creating a lot of buzz these days, but most of it is negative, And its lead actor is vey annoyed about it…

We recently heard from someone we know that the Akshay Kumar-Sonakshi Sinha-starrer Joker hasn’t worked out the way the makers wanted. Buzz was that a miffed Akshay had given a talking to to the director, whom he had trusted so much. Apparently no such thing happened, as Akshay posted a message on Twitter, “To anyone who has read or heard the rumour that I was upset with my director Shirish Kunder, sorry to disappoint you but that's exactly what it is, a RUMOUR!! I haven't seen Joker yet, so I have no reason to be upset.” Also Read - Akshay Kumar, John Abraham, Shahid Kapoor and more stars whose Bollywood blockbusters are remakes of Malayalam classics

Joker director Kunder, tweeted, “To all those who were busy spreading rumours on JOKER, we are so touched that you have more time for us than we have for ourselves.” He followed it with “I'm aware of who is spreading these baseless negative rumours on JOKER. And I'm touched that they feel so threatened by it.” We think the only people who could be ‘threatened’ by Joker would be those in the Bhatt camp, as their film Raaz 3 will be releasing on the same date as Joker. Also Read - Happy New Year, Race 3, Housefull 2, Baaghi 3 and more Bollywood movies people think are duds, but garner great views on TV and OTT platforms

Raaz has been a successful franchise and Emraan Hashmi has had a superhit track record in the recent past, while Khiladi Kumar’s career hasn’t been going great guns at the BO. Does Kunder think that the Bhatts are spreading negative rumours about his film? Wethinks the makers of Joker should concentrate on the film they are working on rather than flinging allegations at others. Do you think Raaz 3 is a threat to Joker? Let us know. Also Read - Arshad Warsi is 'quite kicked' as John Cena shares actor's transformation pic on Instagram