Saaho star Prabhas' new look will calm his fans down

We got some good news for fans of Prabhas and Saaho.

Fans of Tollywood star Prabhas can finally heave a sigh of relief as it is confirmed that the actor won't be sporting a clean shaven look in Saaho. Pictures of the actor from his US vacay brought in series of doubts and speculations in the minds of fans as they stated that perhaps that could be his look. Everyone was putting out the same story that he will be clean shaven for Saaho since he had started prepping for the role. However, we were the first ones to tell you that no truth lied in those reports. Our source had told us, “No, Prabhas will not be getting rid of his facial hair. In fact, in Saaho he will still have his moustache and stubble. The shoot will commence soon and all his well wishers will be happy when they see Prabhas’ new look.” Also Read - When Baahubali actress Anushka Shetty opened up about casting couch in the Telugu film industry

Despite confirming the news, we didn't have any picture as proof. But finally, now we can tell with conviction (in the form of pictures) that the actor is donning a stubble in the film! In the past two days, we spotted the actor nursing a stubble as he landed here in Mumbai. On Monday, we brought to you pics of the actor from the Mumbai airport, wearing a blue shirt and demins. Note, the stubble was very much present. Later last night, he was again spotted with Baahubali co-star, Rana Daggubati, as they headed to Dharma honcho, Karan Johar's residence, for possibly a success party of their magnum opus. He chose an all-black ensemble for the party and yes, the stubble was very much a part of his look! You can see it in the pics below. Also Read - From delivering more blockbusters to having a larger fan-base – 8 times Allu Arjun proved to be a much bigger star than Prabhas 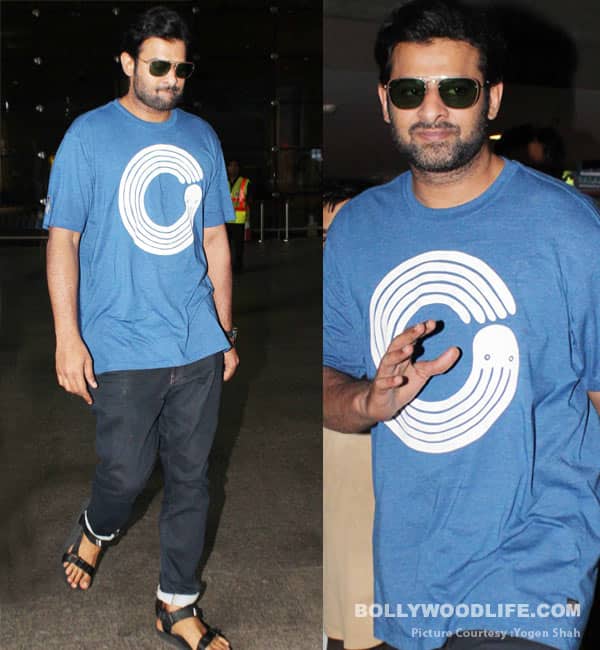 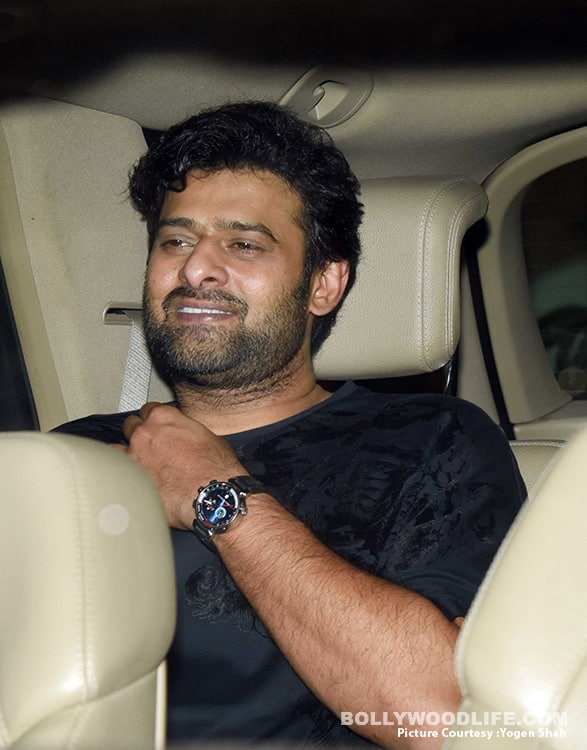 There's our proof that he is NOT sporting a clean shaven look for Saaho. Come to think of it, the teaser of the action film itself should've been proof enough for you folks to realise that he won't be sporting a clean shaven look. Because even in the teaser, you can see him sport a stubble, with his intense eyes gaping at the screen! Anyway, the good news is, with nothing changed, the actor will soon be joining his team in Hyderabad for the shoot of the film. After Bollywood's leading ladies, Katrina Kaif and Shraddha Kapoor rejected the movie, Prabhas' Baahubali sweetheart, Anushka Shetty, was roped in for the film. How glad are we that they chose her! The couple will be reuniting for this high-octane action drama and we can't keep calm!

How about you, fans? Tell us in the comments box below.