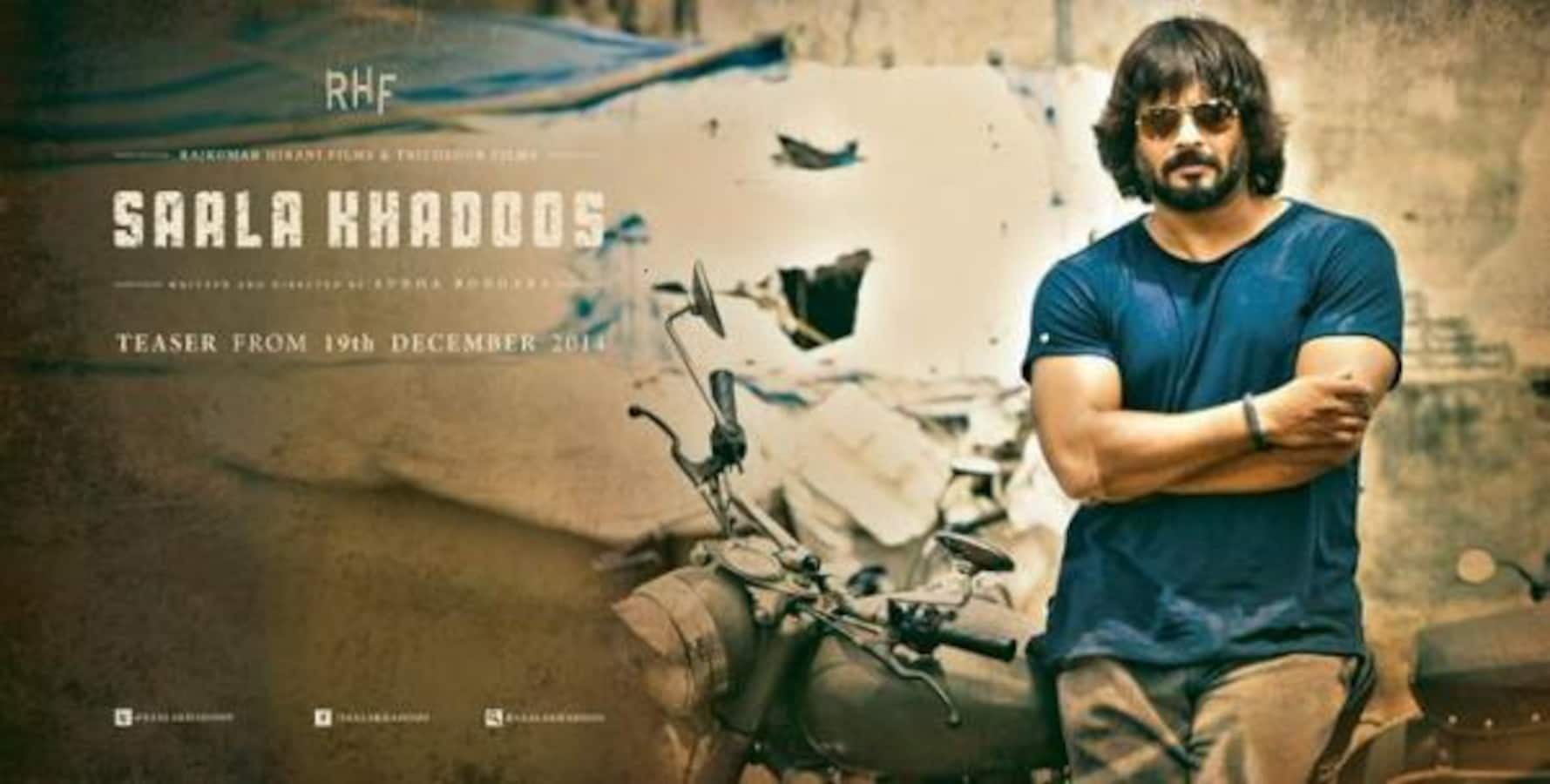 At last the long awaited first look of R Madhavan's Saala Khadoos (Irudhi Suttru in Tamil) is out. For months, Madhavan had been growing his beard and going through a rigourous fitness regime in the gym for his character of boxing coach in the upcoming bilingual flick Saala Khadoos aka Irudhi Suttru. Also Read - Did R Madhavan sign a Tamil film with Chiyaan Vikram? Here's what we know

Recently, the actor had surprised his fans by doing away his beard and changing his hairstyle for Anand L Rai's Tanu Weds Manu 2 along with Kangana Ranaut. The posters of Saala Khadoos will put you in shock thanks to Maddy's remarkable transformation as boxing coach. For those who had seen Maddy as the chocolate boy hero over the years, were surprised to see a completely different looking Madhavan, who looked terrific in this lean bearded avatar. Also Read - Aamir Khan to Hrithik Roshan: Salt and pepper looks of handsome hunks of Bollywood that made everyone stop in their tracks [VIEW PICS]

While the actor is busy shooting for Tanu Weds Manu sequel, the fans are going gaga over Maddy's new look as his efforts over months paid off well. Can Saala Khadoos be second coming for Madhavan in an industry where fitness of the lead actors matters a lot? We wonder! Also Read - Halloween 2022: Stree, Tumbadd, 13B and other Indian horror movies that will give you the chills and thrills