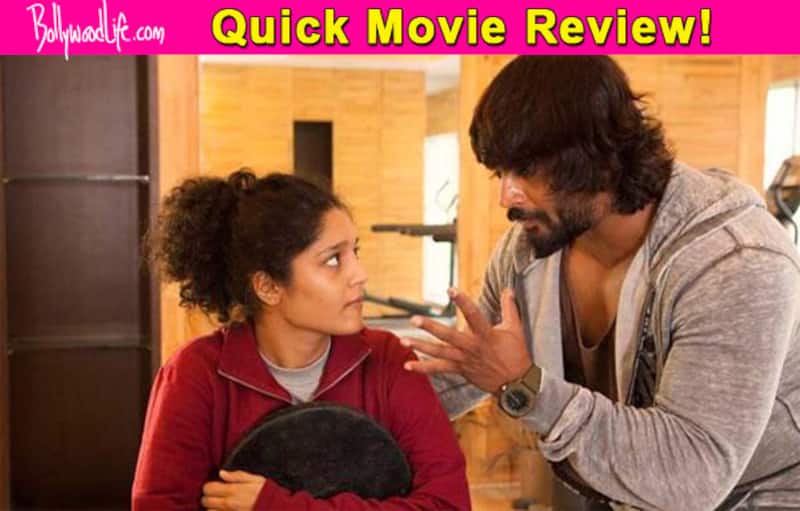 Saala Khadoos is all set to release on January 29...

R Madhavan is all set to scorch the screens with a sports flick, Saala Khadoos. It is one of the most anticipated movies simply coz it promises to tell a strong and interesting story. Does it deliver on that account? Our movie crtic Sreeju Sudhakaran is in the theatre right now watching it. Here is what he has to say. Read on Also Read - Saala Khadoos movie review: R Madhavan and Ritika Singh's honest performances saves the film from being a complete WASHOUT!

Saala Khadoos is 2016's first sports drama film, after a dry drought in 2015. A bilingual made both in Tamil and Hindi, it stars R Madhavan and newcomer, Ritika Singh, and is produced by Rajkumar Hirani and Madhavan himself. Boxing has always been a topic of interest when it comes to films. In Hollywood, you have the iconic Rocky series, with Creed being the latest entrant. In Bollywood, last film that I remembered was based on the sport was Anil Sharma's Apne, starring all the three Deols.

But rarely has a film been made in India about a female boxer. R Madhavan plays Adi, an embittered and snarky coach who is transferred to Chennai over spurious discipline issues. There he meets his match in Madhi (Ritika Singh), Fisher girl who is a natural at boxing. However, she happened to be even more aggressive than her coach, and many scenes are just spent in taming the beast. Finally, when she is tamed, she begins to develop feelings for her coach.

The film's strength lies on the broad shoulders of R Madhavan and Ritika Singh. Both give immensely watchable performances and that's what makes the first half an easy watch. Even the boxing matches look natural, but not nail biting enough. However, the dialogues do not have the required impact, and the film lacks surprises. Also you can't ignore the shades of Chak De India and Million Dollar Baby. The film reaches midpoint, when the trainer and the trainee are again at crossroads with each other. Hope the film has more to serve than just proficient acting prowess in the second half.